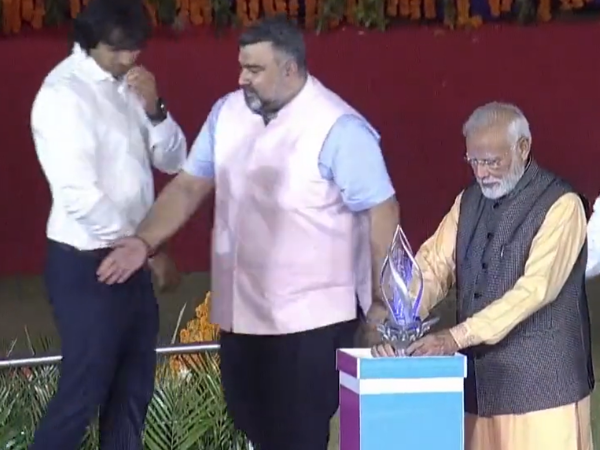 Days after an Indian politician was accused of humiliating the captain of the Indian football side by trying to push him aside so that he himself could be better visible with the trophy that the footballer won, Indian prime minister Narendra Modi has faced a similar allegation.

On Thursday (29), Modi inaugurated the 36th National Games in Ahmedabad in his home state of Gujarat. During the ceremony, he was accompanied with a number of accomplished sportspersons with Olympic success, such as shuttler PV Sindhu, javelin thrower Neeraj Chopra, shooter Gagan Narang, and weightlifter Mirabai Chanu. India’s legendary athlete Anju Bobby George was also present.

While the mega opening ceremony of the National Games was applauded by many, it was also marred by a controversy. According to reports, Narang, who won a bronze in the 2012 London Olympics, appeared to nudge Chopra, a gold medallist at last year’s Tokyo Games, and other prominent athletes who were present on the stage with PM Modi, after a girl brought the Torch of Unity to him to inaugurate the sporting event.

Y Satish, social media convener of the Telangana Rashtra Samithi, the ruling party of the southern state of Telangana, and the chairman of Telangana State Renewable Energy Development Corporation, posted a video of the incident on Twitter and said, “Olympians were silently told to drop off the stage. So that, Modi will be able to satisfy his photo hunger all alone”

Olympians were silently told to drop off the stage.

So that, Modi will be able to satisfy his photo hunger all alone 🙏 pic.twitter.com/JwESXH80Jp

The post divided the Twitter with many speaking in favour of the prime minister while others against.

In September, La Ganesan, the governor of the eastern state of West Bengal who took over in July, came under massive criticism for allegedly pushing Indian football captain Sunil Chhetri, who is also among the top international scorers, during a prize distribution ceremony so that he could be clicked.