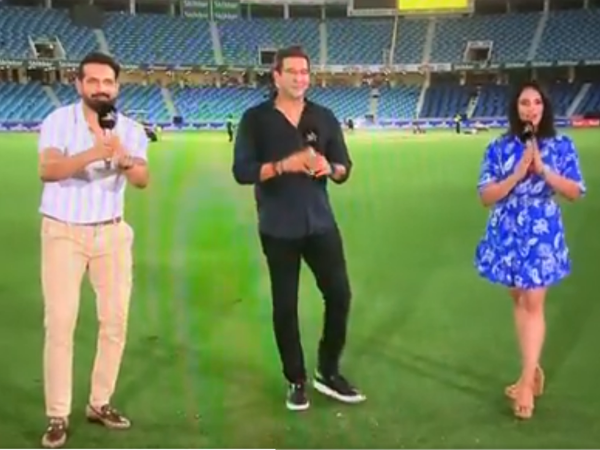 Viewers were in for a surprise on Sunday (28) when two cricket experts along with the anchor speaking in a post-match analysis after India beat arch-rivals Pakistan at the Dubai International Cricket Stadium by 5 wickets came up with an unusual gesture.

Facing the camera, Pathan was suddenly found clapping at someone while Akram and Langer were in a conversation. They also noticed the same and reacted. While Akram gave a soft clap, Langer was found joining her hands and taking a slight bow.

As spectators of the show were wondering who were they reacting to, Langer ended the suspense saying it was none other than Pandya, the man of the match, who was passing by.

“The man of the hour Hardik Pandya passes us by. Congratulations to you, Hardik,” Langer said.

Pandya, who struggled with his fitness till recently, has made a strong comeback this year. He led the Gujarat Titans to win the Indian Premier League and led India in a couple of games against Ireland. He has also started realising his full potential as an all-rounder and his show with the bat and ball helped India avenge the defeat against the arch-rivals in the T20 World Cup last year at the same ground.