WATCH: Why did this Pakistan journalist hit a youth on air? Twitter wonders 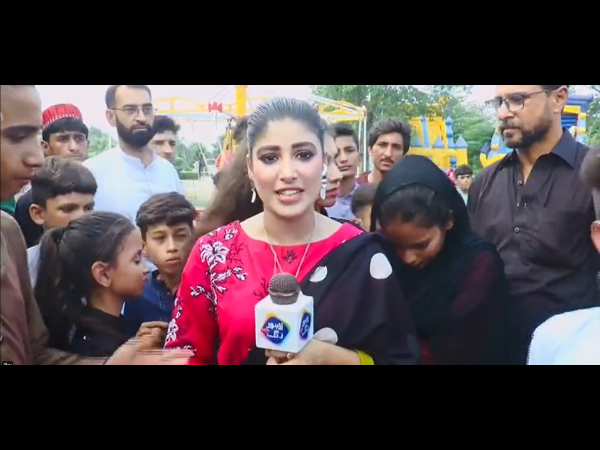 JOURNALISTS doing their duty in public places often face challenges. They have a big task in maintaining their composure while carrying out their professional work, despite facing odd disturbances. One woman journalist in Pakistan, however, failed to remain calm while doing live reporting recently and ended up hitting a young boy and the act was caught on air.

Maira Hashmi of Lahore Rang was reporting on television on a festival on the occasion of Eid al-Adha, surrounded by people, at a public park in the Pakistani city of Lahore. While she was talking on camera, an arm holding a bottle was seen on camera. Moments later, the journalist, visibly irked, slapped an unidentified teenager when the video ended abruptly.

The short clip went viral like a wildfire and the social media was divided over the reporter’s angry reaction. Some said it was not appropriate while others sympathised with Hashmi.

However, as people were left wondering over the reason for such a harsh reaction, Hashmi cleared it on Twitter. She said in a post in Urdu,  “This guy was bothering a family during the interview, which made the family upset. Didn’t give it another chance to be tolerated?”

The Twitterati was divided over the incident. Some said the boy must have done seriously offensive while others felt the reporter’s behaviour was uncalled for. Many also questioned Hashmi’s motive saying with her explanation, she was allegedly trying to cover up her misbehaviour. Many though said it is not easy for reporters to do their job in the middle of crowds.

Here are some reactions that the Pakistani journalist’s act received on Twitter:

he was irritating. You can see sting bottle from start and black dress guy gave him to do in front of her

violence is not the answer

He deserves another one. Good.