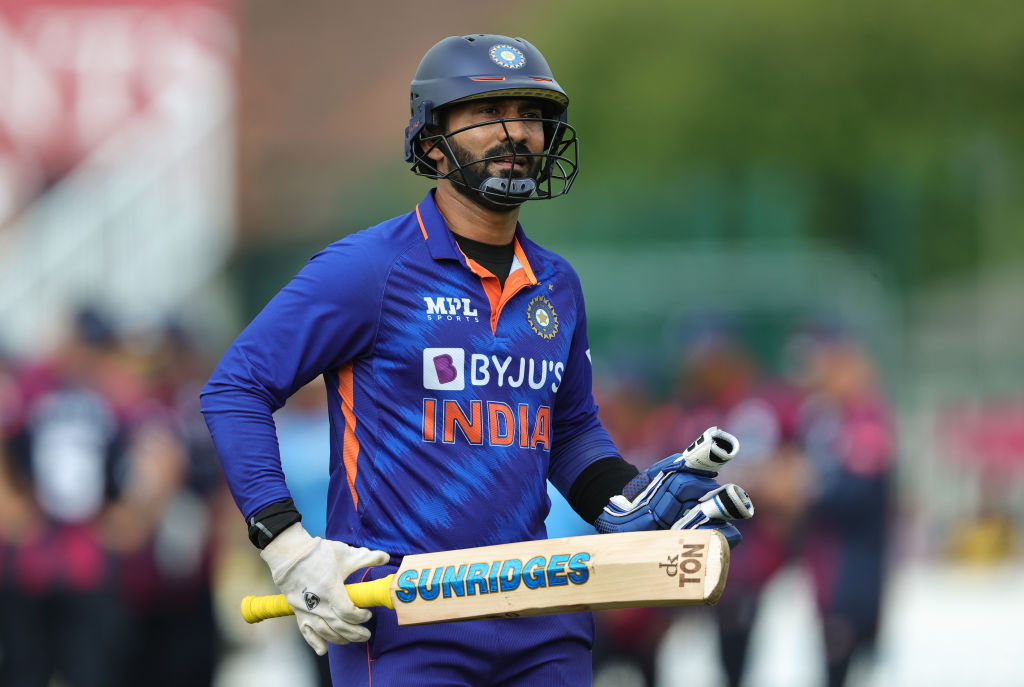 India wicketkeeper-batter Dinesh Karthik feels playing in different conditions during the ongoing Caribbean tour will stand India in good stead while preparing for the various challenges Australian grounds will pose during the T20 World Cup later this year.

India played the opening three T20s in West Indies before moving to Florida, US, for the remaining two games, the first of which will be played on Saturday (6).

In the three games, the Indians had to navigate through different conditions. They were faced with a two-paced pitch in Tarouba, while St Kitts had a strong wind.

“I think it is very interesting because even in the World Cup straightaway the three grounds that come to my mind are Sydney – [where] the sides are slightly smaller and the straights are longer,” Karthik said ahead of the fourth T20I.

“Here, the challenges have been different in every venue where we have played. So, the fact that every time you get an opportunity, there’s a certain challenge that comes with just walking in. That is pressure by itself. One of the key things that Rohit [Sharma] and Rahul [Dravid] have spoken about in this series at the start was adaptability and understanding the situations. I think that is something we’ve done pretty well so far.”

Karthik has flourished in his new role in the team but the 37-year-old feels it hard to be consistent as the finisher.

He said, “Finisher’s role is one such that it is hard to be consistent. Every time you get in, you should be able to make an impact that will help the team.

“There are a lot of factors that can make it tougher for you, especially in the Caribbean and Miami, wind will be a massive factor, even though it is a sport which is played with a heavy ball, the wind dictates some of the times, where you play the shots.

“It works both ways, the bowlers are clever and they try to force you to hit into the wind as much as possible. That makes it all the more tougher.”

Karthik returned to the Indian team on the back of a spectacular IPL season where he was at his explosive best. Asked if he feels the pressure to perform every time in national set up he said: “Pressure is a privilege at this point of time.”

“As a sportsperson, it is a given, when you are playing at the higher level and when people expect certain things out of you. What is important is making sure that on a given day, what the match situation is, reading the match situation and trying to give your best on that given day.” Karthik also lavished praise on the captain and the coach for giving players ample opportunities despite facing a problem of plenty in terms of talent.

“But here you get value for what you have achieved over a period of time. That is something that needs to be respected with this coaching staff.

“Right now in the Indian team, we have the potential to put out two teams or maybe even three teams in terms of the number of players available. I don’t think many countries can boast of that.”

“Players who are part of the 15 (for the T20 World Cup) should realise how important and how beautiful it is to be part of this team and how proud we should be of representing our country on a world stage.”