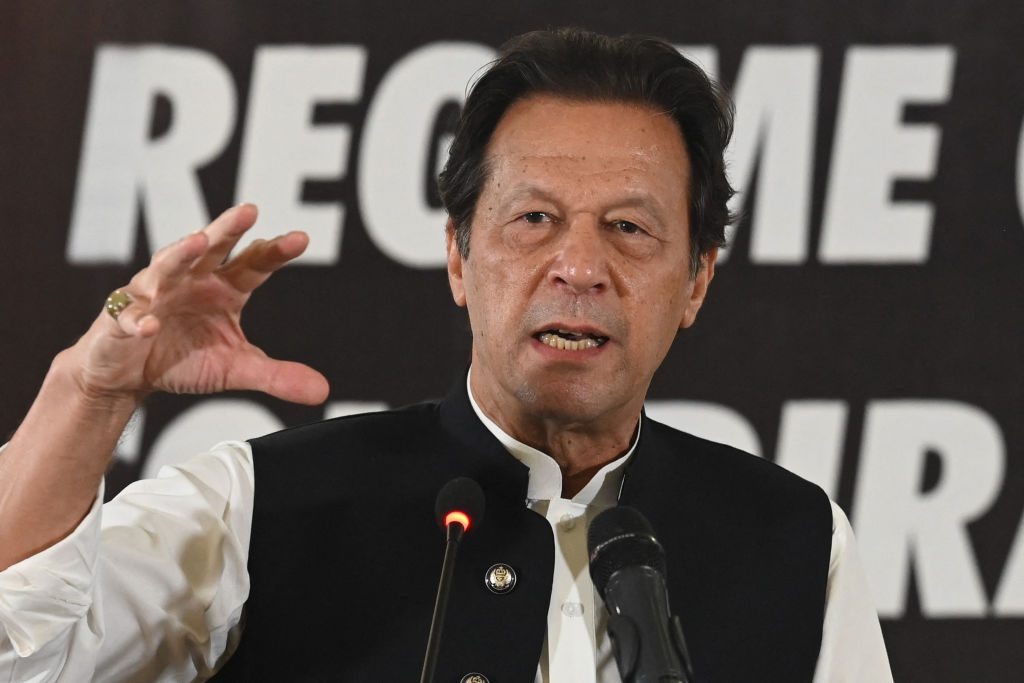 He is known to be one of the fiercest critics of India at times. But former Pakistan prime minister Imran Khan also shows his India-friendly face at times, just like he did on Saturday (13).

The Pakistan Tehreek-e-Insaf (PTI) leader, who lost the post of the prime minister in April to Shehbaz Sharif, addressed a rally in Lahore on the eve of Pakistan’s 75th Independence Day where he played a video of Indian external affairs minister Subrahmanyam Jaishankar and praised New Delhi’s resistance to western pressure on not buying oil from Russia which the western world has sanctioned over the ongoing conflict in Ukraine.

“They [the US] ordered India to not buy oil from Russia. India is a strategic ally of the US. Pakistan does not share any such alliance with the US. Look at what India’s foreign minister said when the US asked them not to buy Russian oil,” Khan, 69, said and played a clip of Jaishankar speaking at the GLOBSEC 2022 Bratislava Forum in Slovakia in June.

When the Indian foreign minister was asked whether New Delhi’s decision to buy oil from Moscow was funding the war in Ukraine, he countered saying why India is being questioned when European nations continued to do the same.

Ever since he lost power, Khan has accused the US of orchestrating a “regime change conspiracy” to bring an “obedient PM” to replace him. He also said at the rally that his fight for “real freedom” has now entered its “final phase” and the next step is holding nation-wide rallies against the Sharif government.

The PTI chief, however, said that he is not anti-US.

“I know America and the United Kingdom better than most of Pakistanis […] I know their psychology; if you beg them, they will use you,” Khan said, adding, “I am not anti-America at all. I want friendship with America. But I don’t want slavery.”