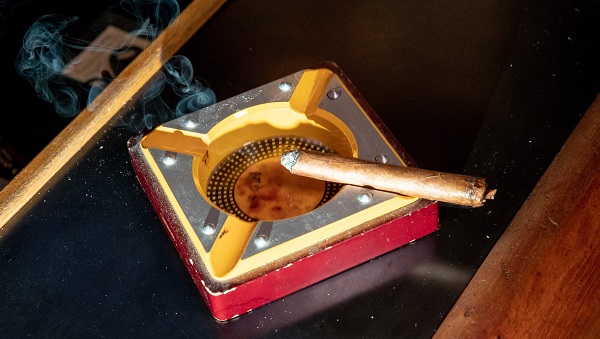 THE World Health Organization (WHO) on Wednesday (29) condemned efforts by the world’s biggest cigarette vendor to rebrand a day dedicated to raising awareness about the dangers of tobacco use.

Ahead of World No Tobacco Day on Friday (31), the UN health agency launched a campaign to highlight the devastating impact smoking continues to have on human health and urged countries to step up the fight against the dangerous habit that causes some eight million deaths annually.

But it also voiced concern at attempts by Philip Morris International (PMI) to co-opt international efforts for its own campaign this week promoting new vaping and heated tobacco products as part of the solution to the world’s smoking epidemic.

“We regard the PMI campaign as little more than a cynical attempt by the company to promote its deadly products,” Vinayak Prasad, head of WHO’s Tobacco Free Initiative,said in an email.

PMI, the maker of Marlboro, insisted Tuesday (28) that World No Tobacco Day should be renamed “World No Smoking Day”, and it launched its own campaign dubbed “It’s Time to Unsmoke”.

The company has been working to promote its new so-called “smoke-free” products as far less harmful alternatives to traditional cigarettes, insisting its science shows they release far fewer dangerous toxins than conventional cigarettes.

It maintains that it is the combustion in regular cigarettes that is the main problem, and that other forms of tobacco-use and nicotine consumption are far less harmful, and is striving to convince governments to slap fewer restrictions and taxes on its new products.

But the WHO stressed that there was no independent science backing up PMI’s “harm-reduction” claims, flatly rejecting that the new products could be used as a tool to help people quit smoking.

“The claim that these are cessation aids is not substantiated,” Prasad said.

“This is the latest attempt by PMI to insinuate itself into the public health world under false pretences, and its attempts to co-opt the day are disrespectful to the millions who have and will die from using PMI’s products,” Michel Legendre of Corporate Accountability said in a statement.

He slammed the company’s attempt “to draw some arbitrary distinction between smoking and tobacco, as if smoking is bad for your health but tobacco is not”.

“Nicotine is addictive and tobacco use is deadly, period,” he insisted.

WHO on Wednesday (29) said it was focusing this year’s World No Tobacco Day on the damage smoking causes to lung health, dubbing its campaign “Don’t let tobacco take your breath away”.

It pointed out that some 3.3 million tobacco users or people exposed to second-hand smoke die each year from lung-related conditions, including 60,000 children under the age of five.