Who says Rahul Gandhi is not a popular politician in India? WATCH THIS 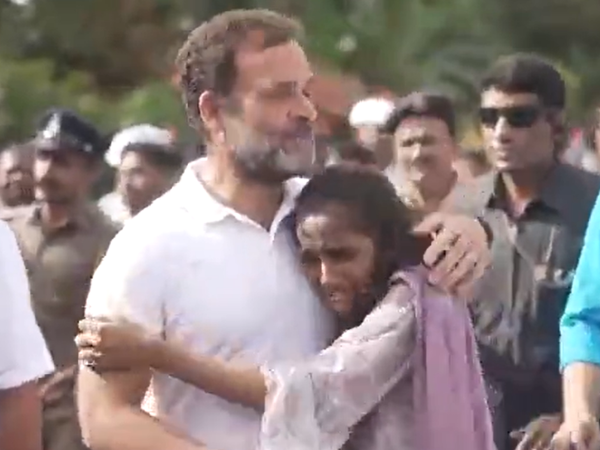 Indian National Congress leader Rahul Gandhi embraced a girl during his party’s ‘Bharat Jodo Yatra’ after she was too excited to join him, in Kerala, on Wednesday, September 28, 2022. (Picture: Twitter screengrab/@srinivasiyc)

Indian opposition leader Rahul Gandhi might not be the most popular politician in India and is even mocked by his critics as ‘Pappu’ (a dumb boy). However, an incident on Wednesday (28) said it is not true entirely.

As the 52-year-old former president of the Indian National Congress was walking as part of the current ‘Bharat Jodo Yatra’ (Unite India March) which the grand-old party has organised to mobilise support among common people, a young girl, who was walking along, could not believe her luck when she managed to get close to him.

The leader welcomed her, held her hand and even embraced her and tried to calm her down as she could not contain her excitement and cried. Gandhi also gave her something with a smile. Those around them were also seeing the entire episode with smiles on their faces. People walking around the duo also tried to calm the youth down.

On Wednesday, the yatra entered its 18th day with hundreds of party workers and followers accompanying the top leader. It was set to enter Wayanad, Gandhi’s parliamentary constituency in the southern state of Kerala, during the day.

The 3,570 kilometre and 150-day-long foot march started from Kanyakumari in Tamil Nadu on September 7 and will conclude in Jammu and Kashmir.

The yatra, which entered Kerala on September 10, will traverse through the state covering 450 kilometres, touching seven districts before entering Karnataka on October 1.