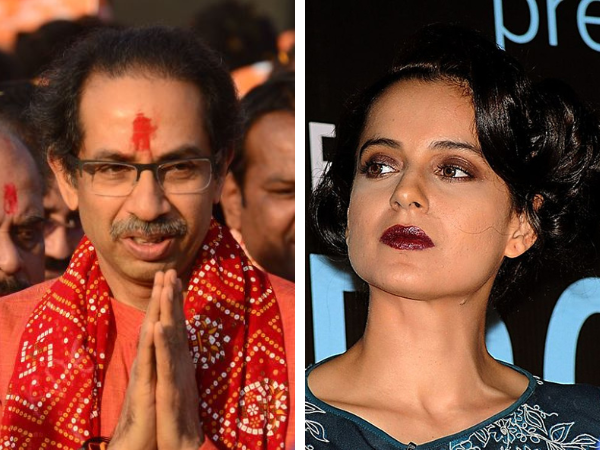 WITH the political crisis in the western Indian state of Maharashtra snowballing and could eventually see the collapse of the current Shiv Sena-led MVA (Maha Vikas Aghadi or Maharashtra Development Front) coalition government, an Indian actor started trending on Twitter.

With the ruling party witnessing a serious internal trouble and chief minister Uddhav Thackeray contemplating resignation, veteran actor Kangana Ranaut became relevant as a two-year-old video of her speaking against the chief minister in which she prophesised that Thackeray’s “arrogance” would be shattered started circulating.

Ranaut, who is known for harbouring radical viewpoints and a sympathiser of India’s ruling Bharatiya Janata Party (BJP), had made the remarks against the Sena-led government after the civic authorities of Mumbai, the capital of Maharashtra, demolished her office over an alleged illegal construction.
Mumbai houses Bollywood, India’s world-renowned Hindi film industry.

The demolition drive took place days after the actor had an exchange of words with Sena leader Sanjay Raut. She even likened the city’s police with mafia and compared Mumbai with Pakistan-occupied Kashmir, sparking a massive row.

“Uddhav Thackeray, you think you have taken a revenge on me? Today my house has been demolished, tomorrow your pride will be shattered,” Ranaut, who hails from the northern Indian state of Himachal Pradesh, said in Hindi.

The Bombay High Court had slammed the Mumbai civic authorities saying they had acted with malice in demolishing part of Ranaut’s property.
Reacting to the court verdict, Ranaut had tweeted, “When an individual stands against the government and wins, it’s not the victory of the individual but it’s the victory of democracy.” Her Twitter account was suspended last year on grounds of repeated violation of Twitter rules.

‘What goes comes around’

The 35-year-old award-winning actor’s video got a fresh traction as soon as the Thackeray government found itself in danger. The Twitterati responded to the old video saying, “What goes around comes around, karma”.

Another Twitter user invoked the sedition case against independent parliamentarian Navneet Rana who had vowed to recite Hanuman Chalisa outside the residence of Thackeray.

“Sedition charges against #NavneetRana for reciting Hanuman Chalisa in front of Matoshree (#UddhavThackeray’s residence). Bulldozed #KanganaRanaut’s house for speaking against Naughty Govt. Now it’s Karma’s turn and it is hitting back and very hard. #MVACollapses #ShivSenaMLAs,” the user said.