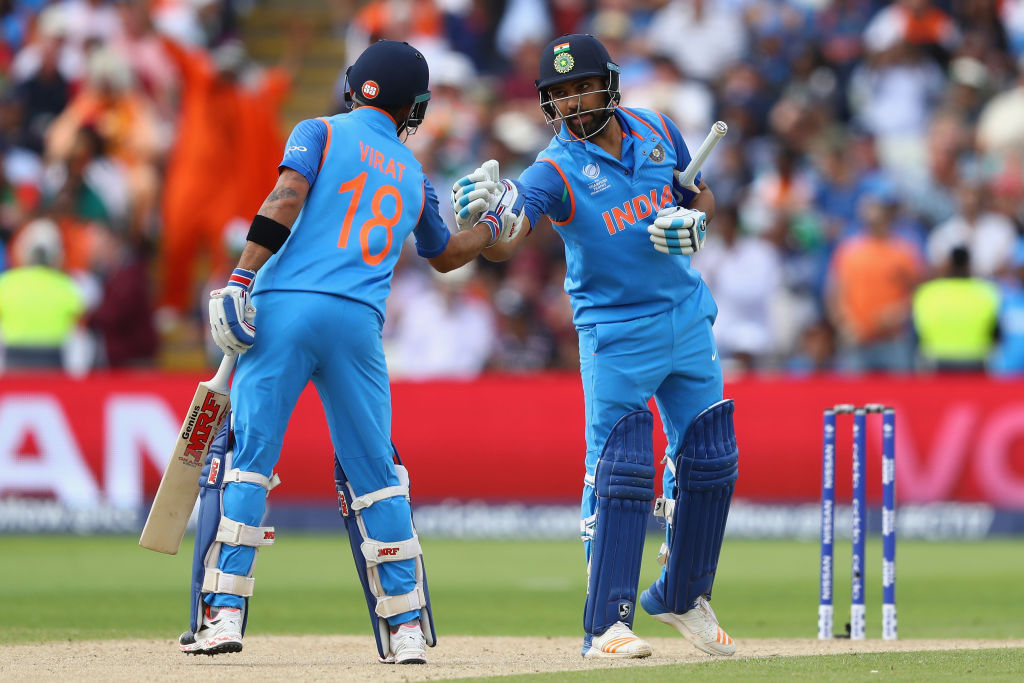 Rohit Sharma (R) and Virat Kohli during a partnership in a cricket match. (Photo by Michael Steele/Getty Images)

Former India cricket captain Sunil Gavaskar on Monday (16) said the reason behind the absence of Rohit Sharma and Virat Kohli, two of the country’s senior most batters, from T20 cricket could be the upcoming Test series against Australia at home.

When asked about the decision taken by the selection committee to not include the duo in the squad, the 72-year-old former opening batter said the main reasons could be to give them rest ahead of the Border-Gavaskar Trophy and also to give opportunities to youngsters ahead of the next T20 World Cup which will be held next year.

“The way I see it is that, the next T20 World Cup is in 2024, next year, and the new selection committee that has come, wants to give more opportunities to the younger players. That doesn’t mean that Kohli and Rohit won’t be considered anymore. And if they have an impressive form throughout 2023 then they have to be in the team. The other factor is with the Australia series starting, the selectors might have wanted to rest them for the big contest so that they can make a fresh start against the Aussies and that will benefit India,” Gavaskar said during an interaction on India Today.

The Border-Gavaskar Trophy will feature four Tests to be played between February 9 and March 13.

Rohit, who is currently Ieading India in the 50-over format, and Kohli have not played any T20s since the last World Cup.

They missed the series against New Zealand as well as Sri Lanka and will not be a part of the side which is scheduled to face Kiwis at home this month.