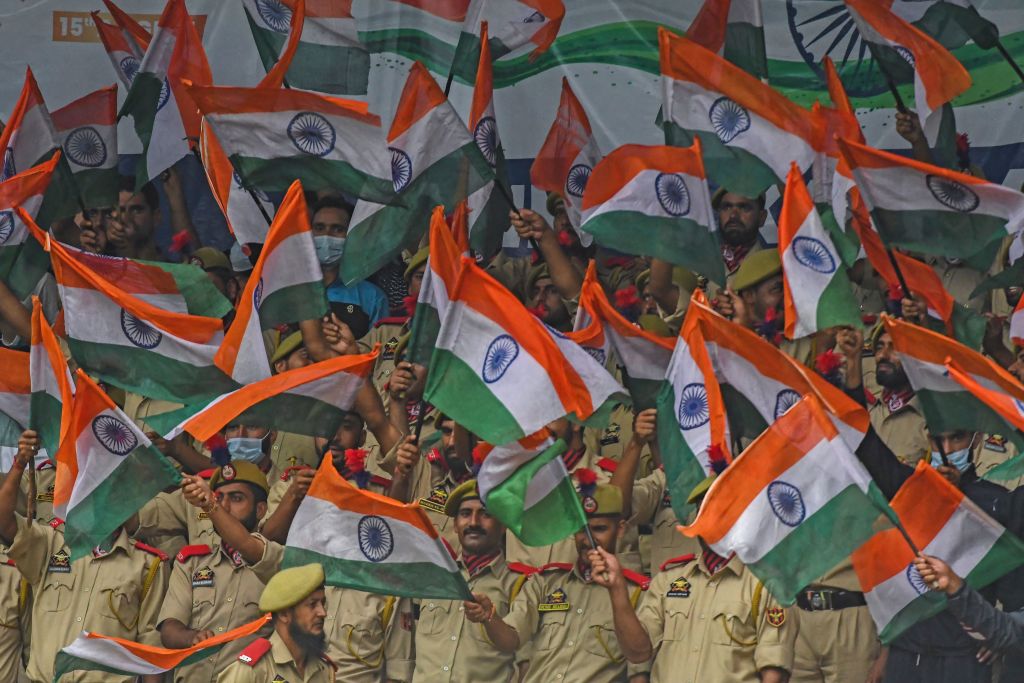 Global leaders led by US president Joe Biden and French president Emmanuel Macron congratulated the people of India on the 75th anniversary of its independence on Monday (15), as they vowed to further strengthen bilateral ties with the world’s largest democracy which has made stunning achievements.

This year, the US and India also celebrate the 75th anniversary of diplomatic relations, Biden said, underling that the two democracies will continue to stand together to defend the rules-based order, advance a free and open Indo-Pacific and address the challenges that the world is facing.

“As people around the world, including nearly four million (40 lakh) proud Indian-Americans, celebrate the 75th anniversary of India’s independence on August 15, the United States joins the people of India to honour its democratic journey, guided by Mahatma Gandhi’s enduring message of truth and non-violence,” Biden said in a statement.

“This year, we also celebrate the 75th anniversary of diplomatic relations between our great democracies. India and the United States are indispensable partners, and the US-India Strategic Partnership is grounded in our shared commitment to the rule of law and the promotion of human freedom and dignity,” he said.

He said the partnership between the two nations is further strengthened by the deep bonds between their people. “The vibrant Indian-American community in the United States has made us a more innovative, inclusive, and stronger nation,” Biden said.

“I am confident that in the years ahead our two democracies will continue to stand together to defend the rules-based order; foster greater peace, prosperity and security for our people; advance a free and open Indo-Pacific; and together address the challenges we face around the world,” Biden said.

In a separate statement, US Secretary of State Antony Blinken greeted the people of India as they celebrated 75 years of independence on August 15.

“On this important day, we reflect on the democratic values that we share, and we honour the people of India who are, together, building an even brighter future,” Blinken said. “This year is especially meaningful for our two nations as we celebrate a milestone: 75 years of diplomatic relations. Our strategic partnership touches everything from climate to trade to our vibrant people-to-people ties,” he said.

“I am confident that, as two great democracies, our partnership will continue to contribute to the security and prosperity of our people and the global good. Happy Independence Day, India!” Blinken said. French President Macron took to Twitter to congratulate Prime Minister Narendra Modi and the people of India on the occasion.

“Dear friend @NarendraModi, dear people of India, congratulations on your Independence Day! As you proudly celebrate India’s stunning achievements in the past 75 years, you can count on France to always stand by your side,” Macron tweeted.

In his message, Australian prime minister Anthony Albanese said he has fond memories of his travels to India. Albanese said he remains “strongly committed to deepening our partnership in the spirit of respect, friendship and cooperation”.

“On the first Independence Day in 1947, when Prime Minister Jawaharlal Nehru called for his people to join with confidence in the adventure of their new independence, the world could not have imagined how profoundly India would heed his call,” said the Australian Prime Minister.

“The emergence of the world’s largest democracy and the achievements made by independent India have been remarkable,” Albanese said in the statement. Recalling his first act as the prime minister of Australia, he said that he met Prime Minister Narendra Modi at the Quad summit in Tokyo. “Together, with Japanese Prime Minister Fumio Kishida and US President Joe Biden, we reinforced our commitment to advancing the Indo-Pacific’s needs,” he said.

“As Comprehensive Strategic Partners, Australia and India are committed to growing bilateral cooperation,” he said, adding that this year’s Australia-India Economic Cooperation and Trade Agreement will further support opportunities for mutual growth and prosperity.

India and Australia signed an interim Economic Cooperation and Trade Agreement (ECTA) on April 2 under which Canberra would provide duty-free access in its market for over 95 per cent of Indian goods such as textiles, leather, jewellery and sports products. The agreement will help in taking bilateral trade from $27 billion (£22.3 billion) to $45-$50 billion (£37.2 billion-£41.4 billion) in the next five years.

“All Australians applaud India’s successes and the many achievements that define this great country and its people,” he said.

He thanked the Indian-Australian community for their contributions to the Australian “society, to our culture, to our country, and to the links between our nations”. Australian defence minister Richard Marles also tweeted a congratulatory message for India’s Independence Day and shared pictures of INS Sumedha, an Indian navy vessel that is docked at Fremantle Port, Perth.

“Congratulations to India on celebrating its 75th anniversary of Independence today and welcome INS Sumedha to Perth for this event. People-to-people links anchor our partnership and I send my best wishes to our large and vibrant Indian diaspora community,” Marles said.

“Maldives and India have always shared deep bonds of friendship and it is our wish that India remains a beacon of freedom, progress and diversity!,” Solih wrote.

“Wishing my good friend @DrSJaishankar and friends in India great joy as they celebrate 75 years of independence,” the Indian-origin minister tweeted. “I am confident that bilateral relations will continue to grow from strength to strength as Singapore and India further enhance our cooperation,” he tweeted.