You Can’t be A Hero All Your Life: Sanjay Kapoor 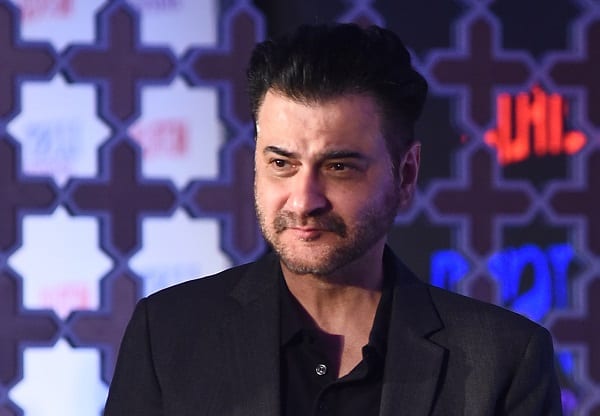 “You can’t be a hero all your life. Everyone has to go through this transition phase where you have to do character roles. The idea is your role should have an impact, it should be pivotal to the story,” the actor said in an interview (Photo: SUJIT JAISWAL/AFP/Getty Images).

AS a leading man graduating to mature character-driven roles, Sanjay Kapoor says he is in a happier and securer place in his second Bollywood innings.

Kapoor, who was recently seen in films like “Mission Mangal” and “Lust Stories”, said he is grateful to the filmmakers for casting him in “diverse” roles.

“You can’t be a hero all your life. Everyone has to go through this transition phase where you have to do character roles. The idea is your role should have an impact, it should be pivotal to the story,” the actor said in an interview.

Kapoor recently had his second film released this year – “The Zoya Factor”, which featured his niece, actor Sonam Kapoor in the lead.

“I feel more secure today. I have diversified as an actor. I am getting to play roles as an actor now. I am grateful for the opportunities, be it from films or on the web,” the 53-year-old actor added.

He said he was thrilled to be part of an ensemble film like “Mission Mangal” that highlighted an inspiring story about India.

Kapoor played Vidya Balan’s husband, Sunil, in the film, which also saw him dance to his iconic song “Ankhiyaan Milaoon” from the 1995 film “Raja” (1995).

“All the characters had their own special moments. When the dance sequence came up, the idea was to dance on ‘Staying Alive’ from the film “Saturday Night Fever” because it felt that when this guy would be young in the late ’70s, like everyone he also would have been influenced by John Travolta. We had actually shot on that song as well,” he said.

“But then it was changed as the makers felt it will have more impact if my song is incorporated. When I got to know that ‘Ankhiya Milaoon’ will be included, I was both surprised and felt privileged,” he added.

Dancing to the song, Kapoor said, sent him down the memory lane when the original track was shot with his co-star Madhuri Dixit Nene.

“I had rehearsed a lot for that song because I had to dance with Madhuri. She is a fantastic dancer. Saroj Khan was the choreographer and Ahmed Khan was her assistant. I would rehearse before the shoot and Madhuri was amazed at how I got the steps right so quickly,” he said.

“It was such a great experience to dance with Madhuri, who was the top star at that time and today with Vidya Balan, who is a top star today,” he added.

Kapoor is excited about his daughter Shanaya taking baby steps into the film industry. She worked as an assistant director on Karan Johar’s production, the Gunjan Saxena biopic starring actor, cousin Janhvi Kapoor.

“She is learning the ropes. She is taking her acting, dance and diction classes. In our family, she has watched me, her uncle and cousins closely.

“She knows hard work matters. You can be anybody’s daughter or niece but it is going to be your dedication that will take you ahead,” he said.