After 3 thrilling encounters in 2022, India, Pakistan to lock horns in Asia Cup 2023 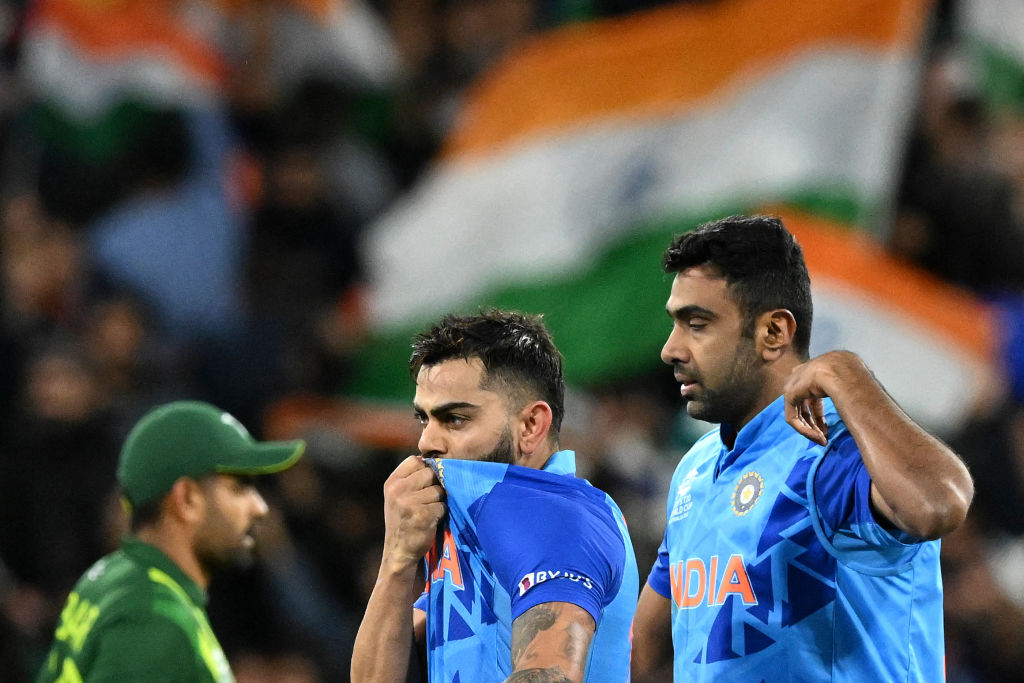 India’s Virat Kohli (C) kisses his jersey after their win during the ICC men’s Twenty20 World Cup 2022 cricket match between India and Pakistan at Melbourne Cricket Ground (MCG) in Melbourne on October 23, 2022. (Photo by WILLIAM WEST/AFP via Getty Images)

Arch-rivals India and Pakistan might not play bilateral series due to their political relations but they have featured in multi-side tournaments such as Asia Cup and World Cup in recent years.

In 2022, the Asian powerhouses met each other three times — twice in the Asia Cup in the UAE and once in the T20 World Cup in Australia — with the Men in Blue winning on two occasions.

The two sides will lock horns again in 2023 and it will happen in the group stage in the Asia Cup scheduled this year, Asian Cricket Council president Jay Shah, who is also the secretary of the Board of Control for Cricket in India, announced on Thursday (5).

Shah also unveiled the council’s cricket calendar for 2023 and 2024 the same day and a pathway structure for qualification to Asia Cup — both for men and women.

“Presenting the @ACCMedia1 pathway structure & cricket calendars for 2023 & 2024! This signals our unparalleled efforts & passion to take this game to new heights. With cricketers across countries gearing up for spectacular performances, it promises to be a good time for cricket!” Shah, who is the son of Indian home minister Amit Shah, tweeted.

The men’s Asia Cup will be held in September and feature six teams, divided in two groups of three teams.

While India, Pakistan and Qualifier 1 (the winner of Men’s Premier Cup) are in one group, defending champions Sri Lanka, Bangladesh and Afghanistan are in the other.

A total of 13 matches will be held in the tournament.

India have won the Asia Cup for a record seven times while Sri Lanka have won it six times and Pakistan twice.

The tournament this year will be held in the 50-over format since it will precede the one-day international World Cup.