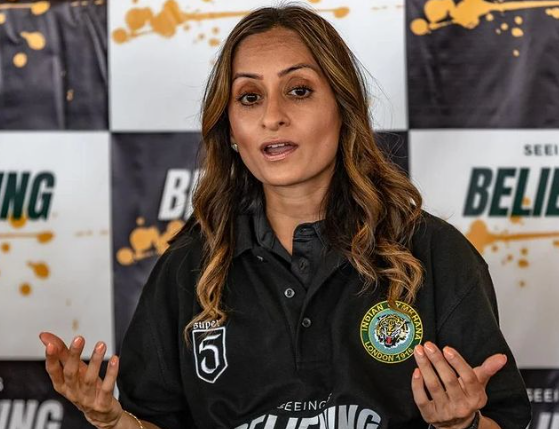 Football coach and author Manisha Tailor has called for action to bring more British Asian women to the top division of the game.

Despite making up the largest single ethnic minority female group, South Asian women account for just 0.3 per cent in the top division of football.

Tailor, who trained as a headteacher before embarking on a football career, said the figure did not represent the demographic of England.

The assistant head of academy coaching at Queens Park Rangers (QPR) and the only person of South Asian origin to hold such a position in the English professional game, told Sky Sports: “I don’t think the female pathway in the elite game is diverse.”

“When I have asked [the Football Association] for data – I understand that certain data is protected, and it’s very challenging to actually fully understand the landscape of how many South Asian females we have in the elite pathway – whether that is the pathway to the Women’s Super League or the pathway to England,” she said.

In her book ‘Dream Like Me: South Asian Football Trailblazers’, she has written about the barriers British South Asians faced in football and offered young readers lessons for the future.

Former England striker Lianne Sanderson said blockages in the female talent pathway for girls from diverse ethnic backgrounds were a matter of concern.

Sanderson told Sky Sports: “There was a squad picked for England a couple of years ago that didn’t represent any people of colour and a lot of people have a lot to say about this issue, but for me, it’s a knock-on effect for a number of years.”

“When I played for Arsenal, it wasn’t like there weren’t any of us. There were loads of us: myself, Rachel Yankey, Alex Scott, Anita Asante, the list could go on and it does concern me that there are not a lot of younger players, playing at grassroots and then coming through because, for me, I think it’s getting blocked somewhere,” Sanderson said.