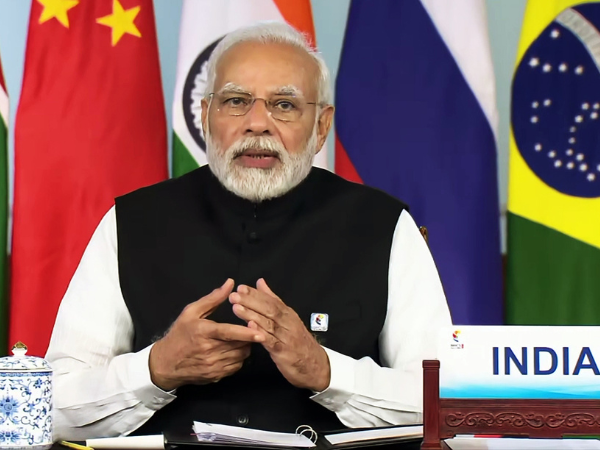 INDIA might not pursue its decades-old Non-Aligned Movement as religiously in current times but somewhere its foreign policy is still influenced by it. Or to put in another way, the challenges of the current world order force New Delhi to follow the policy of non-alignment softly so that its mission to expand network of friends doesn’t take a hit.

On Thursday (23), Indian prime minister Narendra Modi virtually addressed the 14th summit of the BRICS nations which was chaired by China. The host nation was seen slamming the West in a BRICS meeting on Wednesday (22) over the Ukraine war as it said that the West was “weaponising” the world economy by imposing sanctions against Russia and warned against expansion of military alliances.

Along with China, India also has not condemned the actions of Russia, one of New Delhi’s old allies and a member of the BRICS, in Ukraine.

On Thursday (24), Modi played it diplomatically safe by not alluding to the Ukraine situation in his remarks at the BRICS summit and instead chose to focus on the pandemic. Addressing the other BRICS leaders, Modi said that while the scale of the Covid-19 pandemic has reduced across the globe, many of its ill-effects are still visible and the BRICS nations’ mutual cooperation can help in the post-Covid global recovery.

The joint declaration issued after the summit though said that the member-nations of BRICS support talks between Russia and Ukraine, but the Indian leadership was cautious as it is only days before Modi will join leading economies of the West at the G7 summit in Germany where Russia’s action in Ukraine will come under the scanner.