Decision on next Pak Army chief being made in London: Imran Khan 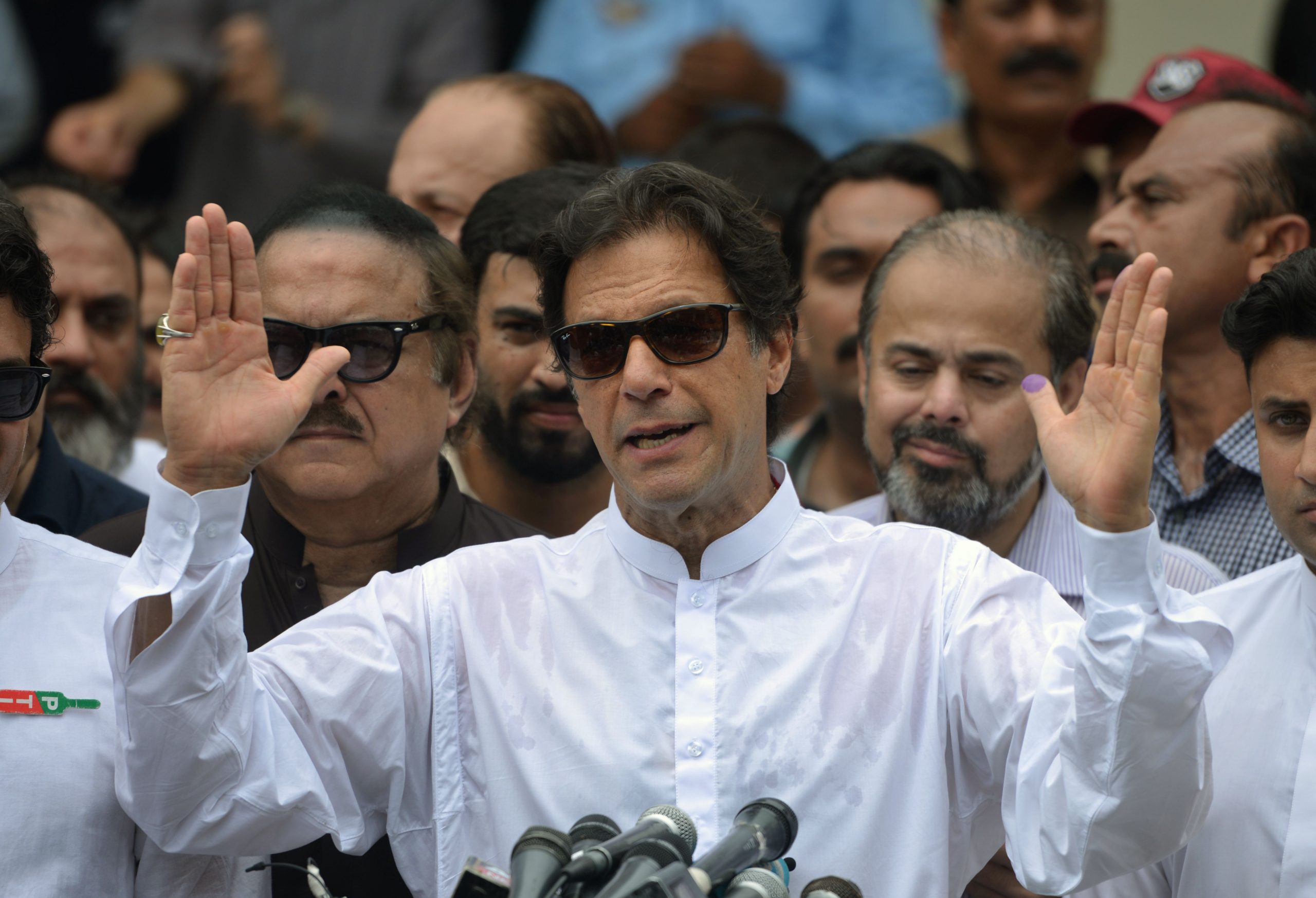 The decision for the appointment of the next army chief of Pakistan will be made in London, claimed former Prime Minister Imran Khan on Friday as he slammed both PM Shehbaz Sharif, who is in the UK to meet his elder brother Nawaz Sharif, and Nawaz himself.

“Today, a spectacle is taking place in London. Nowhere does such a scene takes place. Pakistan Prime Minister Shehbaz Sharif in London. What is the purpose of the meeting? Talks are being held on the decision to choose the Pakistan army chief,” said the PTI chief, in a video posted on his party’s social media handles, in reference to Shehbaz’s purported talks on the appointment of the next army chief. “The important decisions of the country are taken abroad and by those who have looted Pakistan for the last 30 years,” he added.

Earlier, the Pakistan Tehreek-e-Insaf (PTI) chief said that the criteria for the next army chief’s appointment should be based on “merit.” “Whoever fits the merit, should be appointed the army chief,” said Imran Khan via video link, during the PTI’s long march, as quoted by Geo News.

Criticizing Pakistan’s PM for consulting PML-N supremo Nawaz, Khan said that he went to a house “made of stolen money” to meet a “convict” in London.

“This man [Nawaz Sharif] was reported to have killed hundreds of people in police encounters. They are going to decide on the next army chief. No one in a developed country can imagine something like this.”

This report of Nawaz’s return comes a few days after the Pakistan PM went to London to meet the PML-N supremo, following his trip to Egypt for the COP27 climate conference.

This visit was the third trip to London since he became Prime Minister in April. The Dawn newspaper reported that this visit comes less than a month before the end of Pakistan Army chief Qamar Javed Bajwa’s tenure on November 29.

The Pakistan daily said that Shehbaz is reportedly there to consult Nawaz on the appointment of the next Pakistan army chief.

In successive months, the political slugfest which started with Imran Khan’s ouster from power in April by a vote of no-confidence has worsened after the alleged assassination bid on him earlier this month.

Aside from the call for early elections, another bone of contention between the coalition government and Imran Khan’s PTI is said to be the appointment of the new Army chief.

Following the alleged assassination bid on Khan, the political tussle been the PML(N) and PTI has only worsened.

Queen Elizabeth’s coffin lowered into vault ahead of private burial