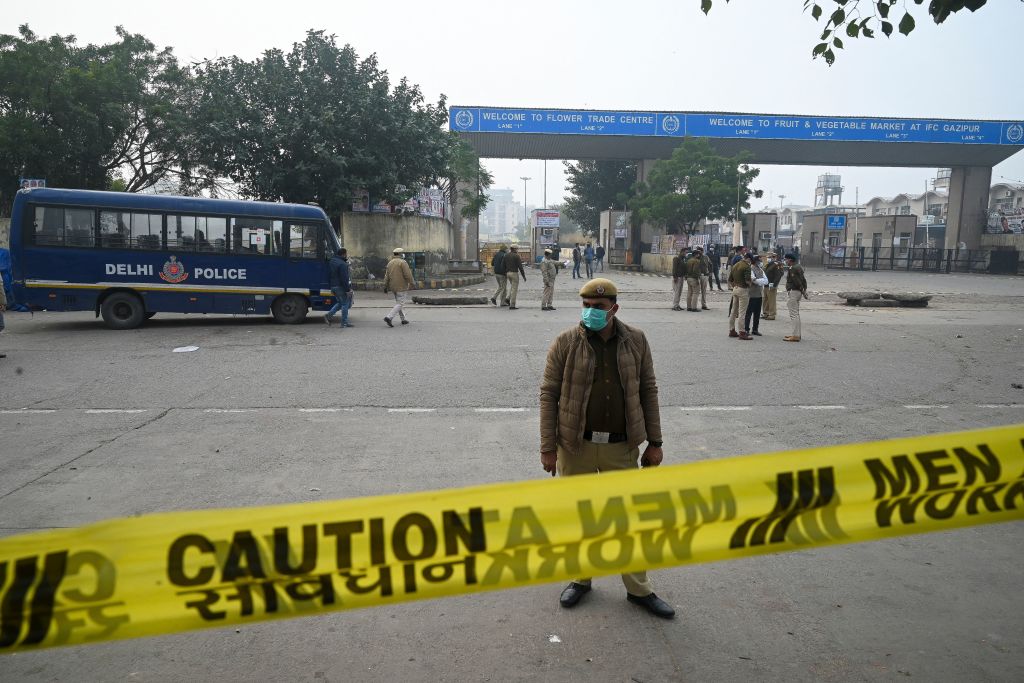 Delhi Police personnel stand guard after the National Security Guard carried out a controlled explosion of an explosive found at a flower market in the Indian capital on January 14, 2022. (Photo by PRAKASH SINGH/AFP via Getty Images)

One police officer confirmed to AFP that the site was put under a cordon after the IED was discovered.

“Everything else including who left the bag there and the kind of explosive inside the bag is a matter of investigation,” the cop said.

Delhi police commissioner Rakesh Asthana told India’s NDTV news channel that the bag was left behind by a suspected customer who visited a flower shop at the Ghazipur wholesale flower market in the eastern part of the city.

Media reports said the police carried out a controlled explosion.

The market gets thousands of small farmers, horticulturists and shopkeepers early in the morning.

Security has been heightened in India ahead of the Republic Day celebrations on January 26 when a military parade and colourful event is held at the heart of the capital every year.

Last year, four persons were detained by the police following a minor blast outside the Israeli embassy in the city. Although no injuries were reported at the time, the explosion destroyed windows of some vehicles and it was called as a terrorist attack by officials in Jerusalem.

The last time New Delhi experienced a major terror attack was in September 2008 when a series of blasts in upmarket shopping areas killed at least two dozen people and injured nearly 100.