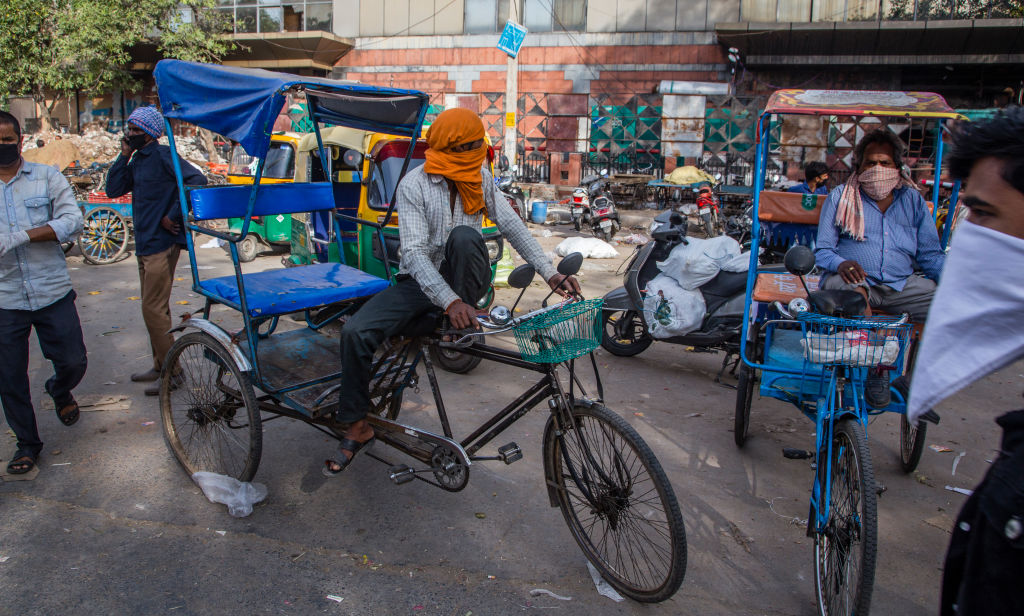 GOVERNMENT authorities and the top court in India are frantically looking for solutions for the dangerous air quality in Delhi and its adjoining areas which has put human life in peril but for those who earn their day-to-day living on the streets, suggestions like staying indoors are as good as meaningless.

Take for example, the case of Inder Pal Singh. For more than four decades, the man has been making a livelihood by ferrying passengers in his cycle-rickshaw, irrespective of the challenges that weather throw at people like them. In the current choking smog, Singh says he has no choice but secure an income outside, Reuters reported.

Delhi, which has a population of 20 million, is the world’s most polluted capital for the third straight year in 2020 and factors like stubble-burning by farmers in the adjoining states, industrial and transport emissions and festivals like Diwali in which people burst firecrackers despite bans have left the air toxic.

The provincial government has undertaken measures like asking people to stay at home, closing schools and deploying anti-smog cannons to blast out water vapour to capture dust and other pollutants, but for the city’s several rickshaw-pullers, there is no easy respite.

“I have been driving a cycle rickshaw since I was 12 years old,” Singh, who does not know his age but says he is around 55 to 60, told Reuters.

“If I do not work, then what will I eat? Will (prime minister Narendra) Modi feed me?” he asked.

On a good day, the man makes around 500 rupees, most of which he sends back to his family in the neighbouring state of Uttar Pradesh. He admitted that he experiences continuous itching and burning sensation in the eyes by remaining outside all day.

Mohammed Islam, also a rickshaw-puller, said the pollution was causing many of his health ailments.

“We find difficulty in breathing and our eyes itch while riding rickshaws… the government says to stay at home; if we sit at home, what will we eat?” he asked.

“The government does not make any arrangements for us, how will we survive by sitting at our homes? We have to feed our children.”

The Modi government has taken measures like temporarily closing five coal-powered plants around New Delhi, banning trucks carrying non-essential goods and stopping construction in both the capital and its satellite cities.

However, pollution levels still remained hazardous in many parts of the city on Thursday (18).