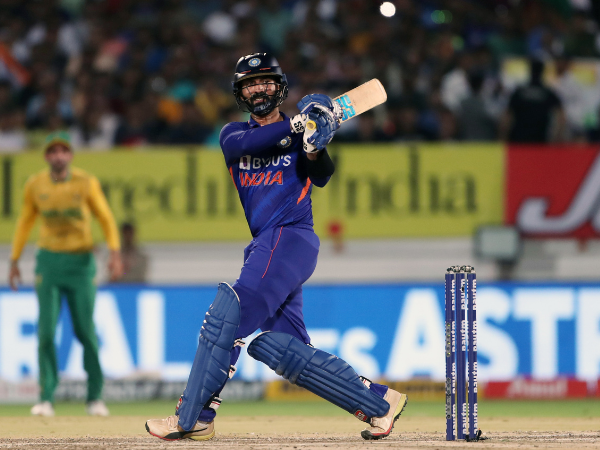 HE is one of the biggest survivors in Indian cricket. On Friday (17), wicket-keeper-batter Dinesh Karthik proved his worth yet again on Friday (17) by helping his country level the five-match T20 international series against South Africa 2-2 by winning the fourth match in Rajkot by 87 runs. The deciding game will be played in Bengaluru on Sunday (9).

The 37-year-old hit his maiden fifty in the format and it came almost 15 years after he made his T20 debut for India. His 55 off 27 balls at No.5 helped the home team post a competitive 169 for 6 in 20 overs after South Africa captain Temba Bavuma won the toss and asked India to bat. The Proteas’ chase was never in shape and they could muster only 87 runs for the loss of nine wickets in 16.5 overs with the captain himself getting hurt.

The visitors’ let India score 73 runs in their last five overs to get away with the game. They were in a spot at 81 for 4 in the 13th over but a 65-run partnership between Hardik Pandya (46 off 31) and Karthik ensured that India posted a competitive total on a two-paced wicket. Pacer Lungi Ngidi was the best South African bowler with two wickets for 20.

None of the South African batters could make any impact and the highest scorer for them was Rassie van der Dussen (20). Bavuma (8 not out) injured his elbow when he tried to dive for the crease and it went wrong. Comeback man Quinton de Kock (14) also failed to deliver.

South Africa won the first two matches to go 2-0 up but lost the next two to allow India gain a momentum which they would not like to lose.

Karthik, who appeared only in his 36th T20 international since making debut in the format in 2006 against the same opponents, was adjudged as the man of the match.