Do we really need eight hours of sleep? A sleep expert says you don’t 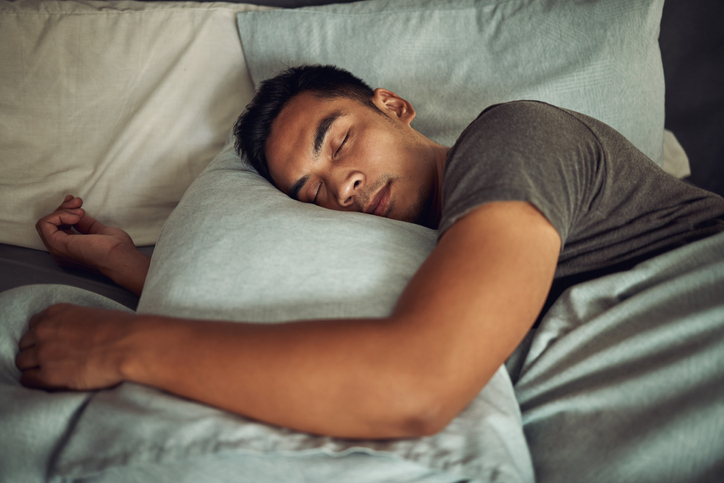 We all have been constantly reminded that it is crucial for us to get seven to eight hours of sleep every night as getting adequate sleep helps the body to repair itself and allows us to feel mentally and physically rested.

Due to this notion, when we find it difficult to sleep at night, we often worry about how we will be able to cope with the next day with lesser hours of shut-eye.

However, it turns out that there are no ideal sleeping hours, states, Professor Russell Foster from Oxford University, who specialises in circadian neuroscience.

The experts debunks the eight-hour sleep rule, claiming that only an “average” amount of sleep is needed and each individual needs to try and figure out how much sleep is required, the Mirror reports.

Though seven to nine hours of sleep each night is supposedly recommended by experts, a therapist at DC Metro Sleep and Psychotherapy, Annie Miller in an earlier report in CNET said that people should not feel pressured by this number.

She reportedly said, “Historically, one uninterrupted period of sleep was not always the standard.”

Though the beginning of the ideal eight hours of sleep is not too clear, industrial regularisation of school and work schedules is probably to blame.

Still, the need to follow this standard “has certainly contributed to many people’s insomnia,” said Miller. “If we feel like we ‘should’ be getting more sleep or we aren’t doing it right, our sleep will suffer,” she said.

Professor Foster is reported to have said, he originally wrote his book Life Time: The New Science of the Body Clock, and How It Can Revolutionalize Your Sleep and Health because he was ‘fed up’ with people saying you must get eight hours of sleep every night.

Instead, the expert who recently shared some top tips, including how to tell if you’re getting enough sleep advises getting between six and 10 hours of sleep each time you hit the sack. The National Sleep Foundation advises the same.

Though some people may scoff when others say they probably only need six hours of sleep each night, for a percentage of people, that’s the truth, said Dr Allison Brager, Ph.D., performance engineer for Momentous, performance and health solutions provider.

“If you look at US presidents, successful CEOs, and military leaders, many report sleeping little but feeling fine and don’t need stimulants to stay awake,” she said.

“Daily sleep needs fall along the bell curve like most physiological processes in nature. The average is eight hours of nightly sleep, but there are individuals who fall to the left or right due to genetic underpinnings.”

In 2019, scientists reportedly discovered a “short-sleep gene” and according to the National Institutes of Health (NIH) those who possess this gene naturally sleep less than 6.5 hours each night “without any apparent ill effects.”

This discovery proves that sleep needs are highly individual and influenced by one’s genes. In fact, according to some studies, sleeping patterns and sleep disorders are hereditary.

So, the number of hours you need to sleep and function effectively the next day apparently depends on your DNA.

In order to understand if you are getting enough shut-eye, you just need to ask yourself: “Are you able to perform at your peak during the day? Are you able to do what you need to do at an optimum?” informs Professor Foster.

If your answer is yes to these, you are probably getting enough sleep. If not, you may need to change your bedtime and try to sleep a bit earlier.

Also, if you are trying to add more sleep into your daily schedule, the expert warns not to catch up on your off days or during the weekend, because though this may make you feel better in the short term, it will prove to be “disruptive to the body clock.”

Instead, the professor recommends a nap at midday or early afternoon. Doing this will help to improve the second half of the day.

However, he advises not to doze off for too long.

Professor Foster adds, “The recommended nap duration based on lab studies is about 20 minutes – and not too close to bedtime.”