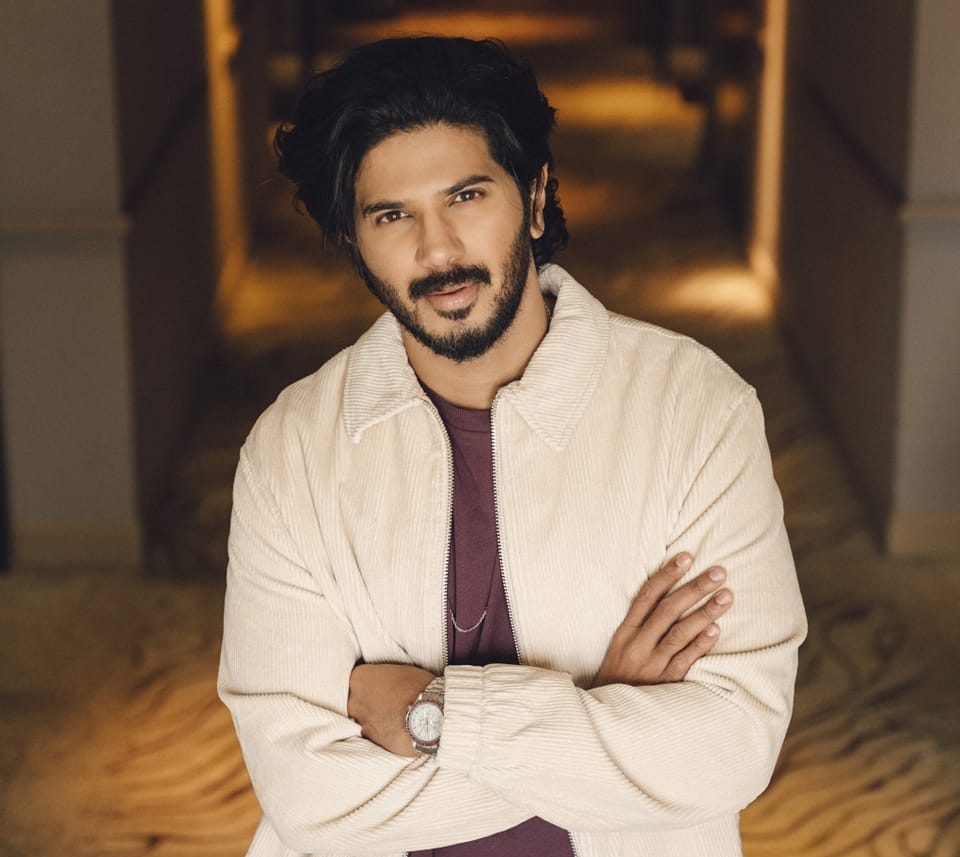 HE MAY have enjoyed big success in Malayalam cinema, but Dulquer Salmaan has always been willing to cross new horizons with Hindi, Tamil, and Telugu films.

The film, which puts a new spin on the serial killer theme, adds to his diverse body of work.

Eastern Eye caught up with the popular actor in Mumbai just before Chup: Revenge of the Artist released, to discuss the film, why he is so choosy about Hindi projects, the rousing success of Sita Ramam, and his beautiful balancing act between different languages.

Congratulations on the huge success of your recent film Sita Ramam. It has received a tremendous response from across the board. How are you feeling?
I am delighted. When I first heard the script of the film, it sounded like a classic and epic love story. A love saga! But a lot of times you are scared if it will become what you hope it should, right? It’s a film that we worked very hard on. We shot in Kashmir and at the worst, most terrifyingly cold times. It was minus 22 degrees Celsius. There was no running water. Everything was frozen and people were shivering in the cold.

That sounds incredibly challenging…
Yes, it was. You know, there were ambulances on standby in our unit. So, yeah, we shot the film like that. But I think the reason everybody put so much genuine effort, be it actors or the technicians, is because we all felt that we were making something very special.

Your film Chup: Revenge of the Artist looks like it revolves around a serial killer who is brutally murdering critics for giving poor reviews to films. How will you react if you get negative reviews for the film?
I would like to see what you did not like. I am very open to reviews and think I have constantly been trying to better myself based on whatever criticism I have got in my career so far. And also, I think it helps me choose better films and different roles because I don’t want you all to think that I can only do one thing.

Tell us something about the character that you are playing in the film?
(Smiles) I am not revealing which character I am playing.

Why is Chup: Revenge of the Artist one of the few Bollywood films you have done so far?
This is a delightful problem I have, and love that people are saying ‘why aren’t you doing more films in each language’ as opposed to ‘we are seeing too much of you’ or ‘we are sick of seeing you every other month’ or ‘you release a film every other month.’ I genuinely want to do good work, be it in any industry.

Apart from the language, what other difference do you feel when you do a film in Hindi?
When I am working in my language Malayalam, I have the most pressure to have big openings and huge final box office numbers. So, somehow my decisions must be based on that factor. But if it’s a Hindi, Telugu, or Tamil movie, I can do anything. I would like to be known as an actor more than a star when I do stuff in Hindi. So, I am hoping that you will like me as an actor, and maybe if I do a pan-India film, you will watch me as an actor. I don’t know this journey that I am on. But I am loving every moment of it.

As an actor what matters the most to you? Glowing reviews for your film or the box office numbers?
I think if box office collections reflect a certain joy and love from the audience, then that is very important. A film bringing people joy is so important because today we have enough stress in life. My audience should be happy to see me when I play some character on screen. That gives me a lot of joy. And I think that is most important and maybe you reach the greatest number of people when there is box office success involved. So, I don’t know about critical reviews, but box office success means that I am reaching people’s hearts a lot more.

How do you manage to notch up such contrasting roles across industries, one after another?
You know, there are so many things that I don’t sign up for as an actor. Things just fall into place when they have to. Like when I go through a script, I don’t know what the final cast is going to be. Many times, the film does not even have a title before the script comes to me. I do not know which technicians are coming on board. I will never know how the music is going to be. So, these are all bonuses, right? These amazing additions happen later, and we don’t get to see all these things when we sign a film. For example, all of that came together wonderfully in Sita Ramam.

Tell us more about that?
I have a weird belief that when a film is going to be special, a huge success, and receive a lot of love, something magical happens, where things come in favour of that film. It gets the right release date and the most wonderful music. So many things happen. You can plan anything you want, but films have their own destiny and sometimes there is nothing that you can do. You just have to sit and watch whether they work out or not. So, I am very happy with the kind of diverse roles that I have done so far with these diverse sets of people.

Did you learn anything from your co-stars on this film?
When I started promotions, I was also at a stage where I would get really affected by negative words, reports, and reviews. But one day, Sunny Deol sir said, ‘at the beginning of my career I used to get angry, and it used to really affect me. Now it doesn’t bother me.’ So, I was like, ‘Oh, maybe I am at that beginning stage of my career where it affects me.’ So, when I reach his age or his position in the industry, I won’t be so affected.

What about the other actors Pooja Bhatt and Shreya Dhanwanthary?
When it comes to Pooja ma’am, I always wonder how she always has a smile on her face. She is very fearless. She speaks her mind. I love that about her. I am very careful when it comes to what I say. I measure my words. I want to be more like her. Shreya is also fantastic. She is very effortless. I think this is what I seek. When I am working in Hindi films, I get to work with a lot of these talents and see that world, and their lives. If I am working in Telugu also, that is something that I seek.

Which is your go-to Sunny Deol movie?
I remember two films. I watched them with my school friends. One was Border
and the second one was Dillagi. I remember liking Dillagi a lot. Everyone expects me to say Gadar, Ghayal, Ghatak, and all those films. They are surprised when I say Dillagi. Even Sunny Deol was like, ‘really?’

Recently R Balki said that you talk Hindi as if it’s your mother tongue…
He is being very kind. But I will tell you that I have always been curious about lyrics, be it any language, of the music I listen to. As a child also, I would always try to understand the meaning of every new word I heard in a song in another language. I think I was a little challenged in general to understand poetry, but I was always curious to understand songs and their lyrics. I think it’s so delightful when you sing words together that fit into a melody or a tune.

Do you listen to Hindi songs often?
Genuinely, I have a lot of love for the Hindi language. I love understanding the lyrics. I think it was my second language in school and growing up in Chennai, we had a lot of kids in our school from families, second or third generation, settled in Chennai. So, it was never alien to me, and consuming Hindi cinema was a part of my life. I grew up in Chennai and studied at Shishya school.

Your new film is linked to film critics and the darker element of it. What are your thoughts on the rating system that exists for film reviews now?
I don’t understand it. I mean if you give an exam, you have 50 questions and can grade it. You get 48 out of 50 questions, right? How do you get three and-a-half out of five stars? I don’t understand it, and what is that point five? And now they get very specific – like it’s 2.78 and 3.44 – and I am wondering what is this?

Chup: Revenge of the Artist is in cinemas now