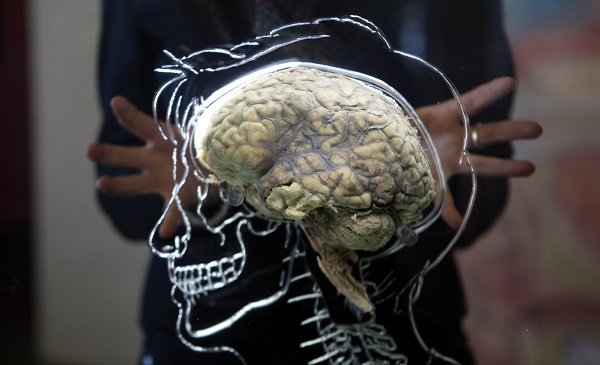 The findings are early and only relate to healthy volunteers at this stage, but could point to new ways to boost brain function in people with age-related cognitive decline such as dementia and Alzheimer’s patients (Photo: Matt Cardy/Getty Images).

Electrical brain stimulation using a non-invasive cap can help boost older people’s mental scores to those of people 20 to 30 years younger, according to a study published on Monday (8).

The research, published in the journal Nature Neuroscience, found that age-related decline in working memory can be reversed by stimulating two key brain areas at a specific rhythm.

The findings are early and only relate to healthy volunteers at this stage, but could point to new ways to boost brain function in people with age-related cognitive decline such as dementia and Alzheimer’s patients.

Using a technique known as electroencephalography (EEG), scientists stimulated the brains of a group of young and old people and were able to modulate the brainwave interactions linked to their working memory.

The study involved 42 younger adults aged 20 to 29 and 42 older adults aged 60 to 76, who were all assessed for their performance in a working-memory task.

Working memory refers to information retained temporarily for use in immediate tasks such as reasoning and making decisions.

Without brain stimulation, the older people were slower and less accurate than the younger ones.

This was because the younger ones had higher levels of interaction and synchronisation of certain brain wave rhythms, the researchers said – suggesting that targeting these types of rhythms in the older people’s brains might help their function.

While receiving active brain stimulation, older adults improved their working-memory test scores to the levels of the younger people. The effect lasted for at least 50 minutes after the stimulation was given, said Robert Reinhart, a researcher at Boston University in the US who co-led the study.

“By using this type of stimulation (we found) we can reconnect or resynchronise those circuits,” he told reporters in a telephone briefing.

Reinhart said that the findings opened up new avenues for research but had no immediate implications for use in medicine: “Much more basic science has to be done first.”

Neuroscientists agreed that the findings raised interesting questions about how working memory functions, and how it declines with age, but that it would need more research before being developed for clinical use.