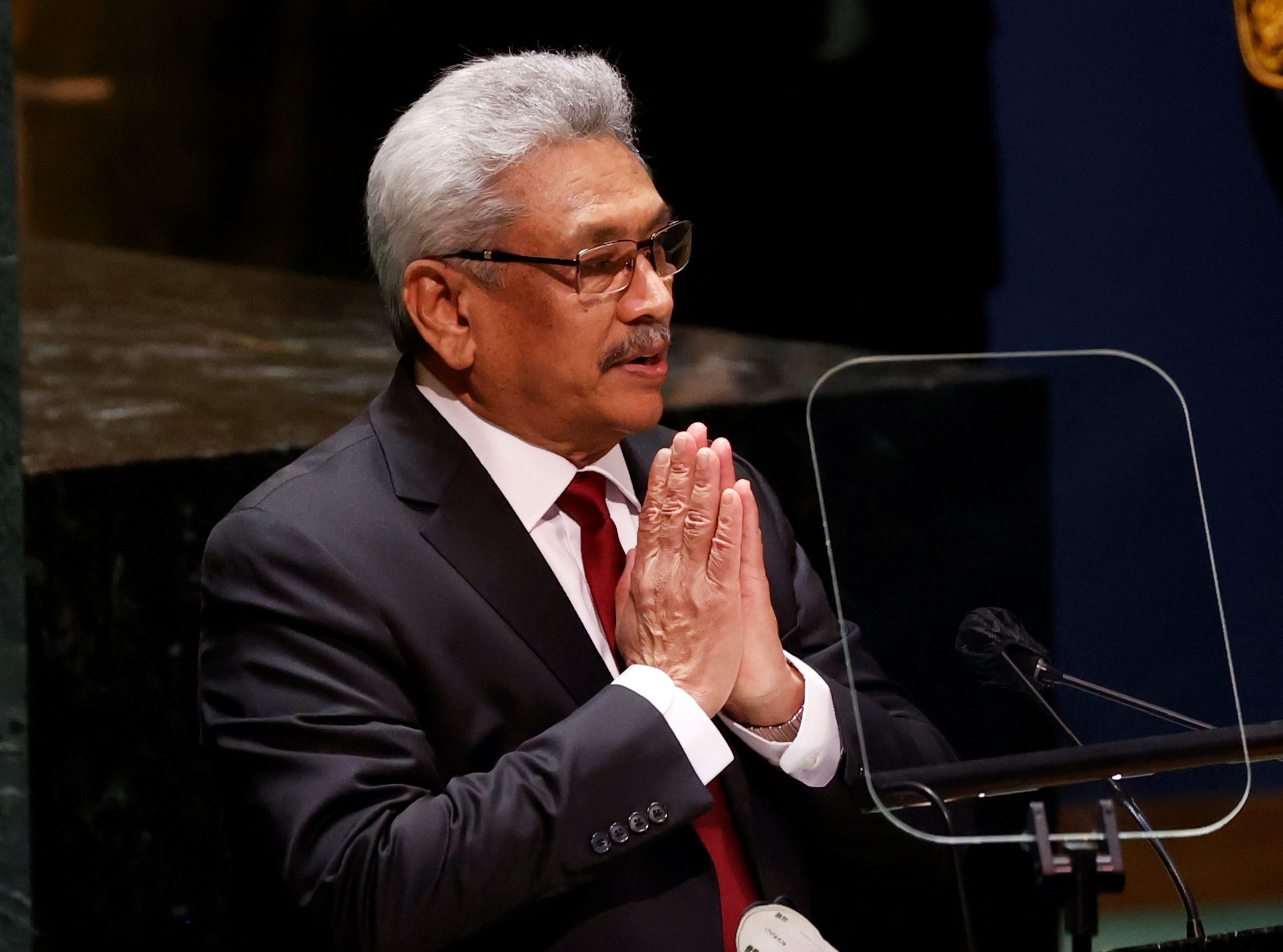 EMBATTLED Sri Lankan president Gotabaya Rajapaksa has confirmed he will resign, the country’s prime minister’s office on Monday (11) said, after tens of thousands of protesters stormed the official residences of both the leaders.

The island-nation is witnessing an unprecedented economic crisis and the protesters have said that they will not rest till both men stepped down.

Mahinda Yapa Abeywardena, the speaker of the country’s parliament had earlier said that Rajapaksa would resign on Wednesday.
Rajapaksa, whose whereabouts are not known, has not spoken in public since his residence was stormed by several protesters on Saturday (9).

Sources told BBC that the leader is currently on a navy vessel in the Lankan waters. He was escorted out safely by the protesters before they entered the presidential palace.

The Gotabaya administration has been accused of economic mismanagement which has left Sri Lanka in deep trouble. Dire shortages of food, fuel and medicine for months has left the people in the lurch. On Saturday, the speaker had first announced about the president’s resignation but many Sri Lankans were not convinced that Rajapaksa would quit so easily.

On Monday, the prime minister’s office said in a statement that Rajapaksa has informed it about his resignation on Wednesday.

Under the island-nation’s constitution, the president’s resignation can only be accepted formally when he resigns by conveying in writing to the speaker, something that is yet to happen.

Lankan prime minister Ranil Wickremasinghe had also intended to quit from his post. His residence was set ablaze on Saturday and three persons were arrested.

Sri Lanka, which faces with an acute foreign currency crisis that resulted in foreign debt default, had announced in April that it is suspending nearly $7 billion (£5.8 billion) foreign debt repayment due for this year out of about $25 billion (£21 billion) due through 2026.