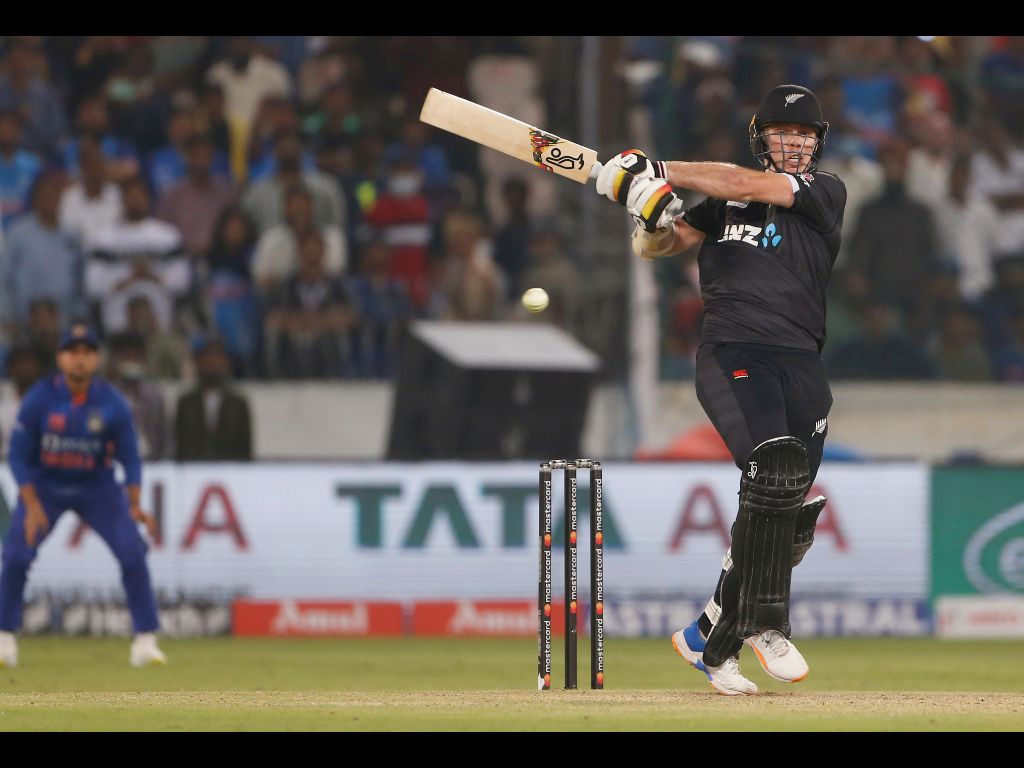 Shubman Gill scored a brilliant 208 as India held on to beat New Zealand by 12 runs in the first one-day international in Hyderabad on Wednesday (18) despite a blistering century from Michael Bracewell.

India looked to be coasting to victory with New Zealand in deep trouble at 131-6 while chasing 350 after opener Gill made just the 10th double hundred in ODI history.

All-rounder Bracewell responded by making 140 off 78 balls before falling in the final over when he was pinned leg before wicket by Shardul Thakur.

Finn Allen struck a breezy 40 at the top of the order but New Zealand were facing a heavy defeat once Siraj removed Tom Latham for the sixth wicket.

Bracewell was then joined by left-arm spinner Mitchell Santner, who hit 57 of 45 balls as part of an impressive 162-run partnership before falling to Siraj.

Bracewell smacked 12 fours and 10 sixes but finished on the losing side as Siraj was the pick of the Indian bowlers with figures of 4-46.

Earlier, the 23-year-old Gill helped India post a formidable total of 349-8 after an innings spanning 149 balls and featuring 19 fours and nine sixes.

India skipper Rohit Sharma was the first man out for 34 and Virat Kohli soon followed for just eight after he was bowled by Santner.

Lockie Ferguson also removed Ishan Kishan cheaply but Gill received support from Suryakumar Yadav (31) and Hardik Pandya (28) before holing out to deep mid-wicket in the final over.