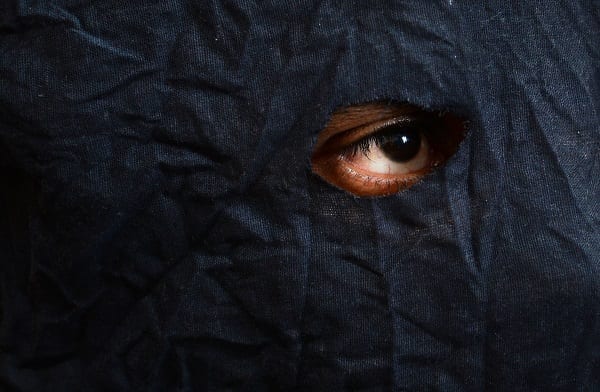 “There was no delay, as the SIT was minutely investigating the case. When the statement of the girl was recorded, she gave some video clippings. All the video clippings of the girl, and the videos related to extortion were sent for forensic examination, and after this only Swami Chinmayanand and three other persons were arrested,” the DGP said (Photo: SAJJAD HUSSAIN/AFP/Getty Images).

FORMER Indian minister Swami Chinmayanand was arrested on Friday for allegedly raping a law student and sent to 14 days judicial custody by a court in Uttar Pradesh’s Shahjahanpur, police said.

The BJP leader was arrested by the special investigation team (SIT) of UP police from his ashram here around 8.50 am amid heavy security deployment. He was then produced at the court of Chief Judicial Magistrate, which remanded him to judicial custody.

Police said they have also arrested three other persons on charges of extorting money from Chinmayanand.

“Chinmayanand was arrested this morning from his ashram. The SIT team arrested him and conducted a medical examination. He was produced in a court and sent to jail,” said Director General of Police O P Singh.

He said Chinmayanand has been arrested on charges of rape.

According to Senior Prosecution Officer Kuldeep Singh, Chinmayanand has also been booked under charges of sexual intercourse by the superintendent of an institute like a jail, stalking, wrongful confinement and criminal intimidation.

The arrest comes nearly a month after the woman, who is a postgraduate student at one of the colleges run by Chinmayanand’s organisation, first levelled allegations against him.
“There was no delay, as the SIT was minutely investigating the case. When the statement of the girl was recorded, she gave some video clippings. All the video clippings of the girl, and the videos related to extortion were sent for forensic examination, and after this only Swami Chinmayanand and three other persons were arrested,” the DGP said.

The woman had submitted a pen drive containing 43 video clips to support her allegations.
Chinmayanand’s counsel Pooja Singh said the SIT took signatures of his relatives on the arrest memo but no arrest-related documents were given to them.

Ahead of the arrest, massive security was deployed at Mumukshu Ashram where members of the SIT reached in a fleet of more than 12 vehicles.

As Chinmayanand was taken for a medical check-up, patients at the government hospital had to face a tough time as they were not allowed to enter the premises.

Teams led by senior police officials were deployed at the court premises and the hospital. The police also patrolled the area to ensure there is no disturbance, a senior official said.
The case is being investigated by the SIT on directions of the Supreme Court.

Chinmayanand was admitted to the medical college here on Wednesday and later referred to King George’s Medical University (KGMU) in Lucknow.

But he chose to return to his residence on Thursday and get ayurvedic treatment there, according to his counsel Om Singh.

The student had earlier threatened self-immolation if the police do not arrest him.

The SIT has also examined the principals of the two colleges where the woman studied in recent years.