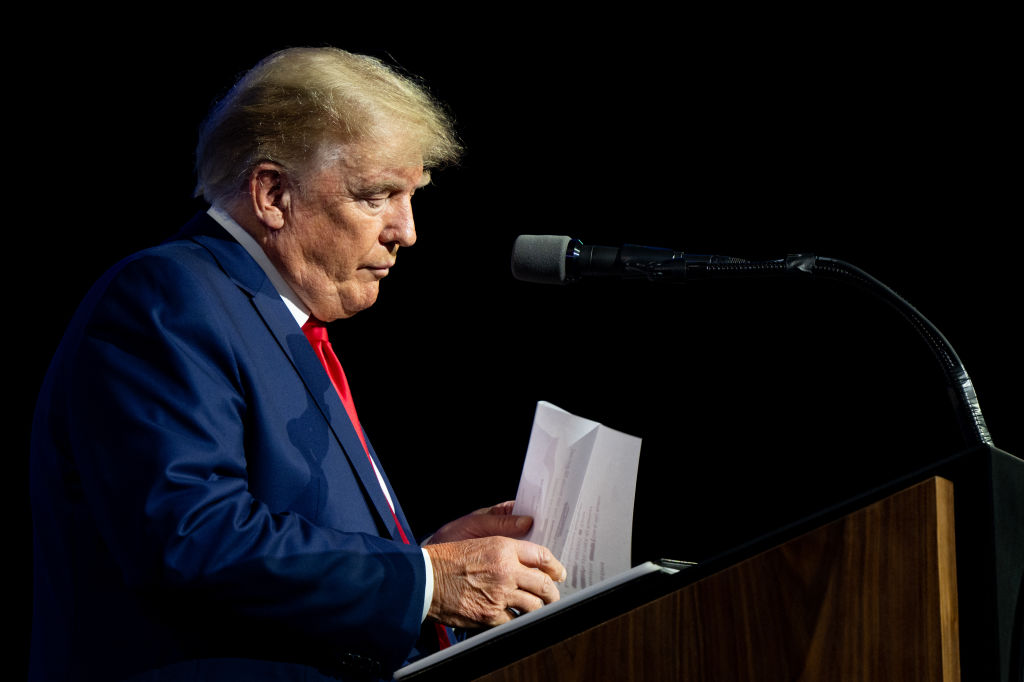 About to tear? Former US president Donald Trump with some papers. (Photo by Brandon Bell/Getty Images)

US journalist Maggie Haberman has claimed that Donald Trump, the country’s former president, would flush important documents down the toilet during his tenure at the White House that lasted from 2017 to 2021. US channel CNN on Monday (8) came up with pictures suggesting two documents, allegedly in the mercurial Republican leader’s handwriting, that were flushed down the toilet.

According to the CNN report, Trump “periodically flushed papers down the toilet in the White House residence — only to be discovered later on when repairmen were summoned to fix the clogged toilets”.

The former president, one of the most controversial ones in America’s history, denied the allegations and in a statement given to Axios on Monday, his spokesperson called the report “fabricated”.

Haberman said the contents of the documents could not be verified.

“Who knows what this paper was? Only he would know and presumably whoever was dealing with it, but the important point is about the records,” she told CNN.

In February, Haberman had said, “I learned that staff in the White House residence would periodically find the toilet clogged, the engineer would have to come and fix it and what the engineer would find would be wads of, you know, clumped up, wet, printed paper, meaning it was not toilet paper, this was either notes or some other piece of paper that they believed he had thrown down the toilet.”

It was also around the same time that Omarosa Manigault Newman, one of Trump’s aide-turned-enemy, had said that the Republican would regularly tear up White House documents.

“His habit of tearing these things up … my heart truly goes out to the people responsible for going in the trash bins [and] recovering these things. But there are certain things that I’m sure cannot be accounted for because Donald Trump became very very aware that a lot of these sensitive documents would at some point be made public,” Newman had remarked in an interview.

The CNN report further said that Trump “had a pattern of disregarding normal record preservation procedures”.

It also said that Trump had on one occasion asked whether anyone wanted to put a copy of a speech he had just delivered up for auction on eBay while visiting a mid-flight press conference aboard the US president’s aircraft — Air Force One.

He would also ask his aides to carry boxes of unread memos, articles and tweet drafts aboard his official aircraft for him to review and tear to shreds, the CNN report added.