Genes, Yes, But Obesity Pandemic Mostly Down To Diet: Study 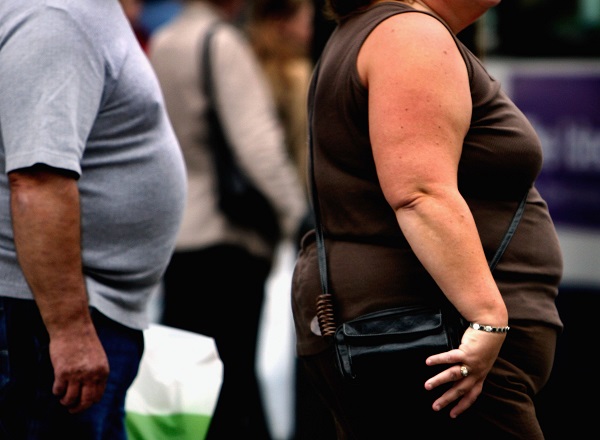 For people genetically predisposed to a wider girth, these unhealthy lifestyles compounded the problem, resulting in an even higher rate of weight gain, researchers reported in The BMJ, a peer-reviewed medical journal (Photo: Jeff J Mitchell/Getty Images).

A THREE-fold jump since 1975 in the percentage of adults worldwide who are obese has been driven mainly by a shift in diet and lack of exercise, but genes do play a role as well, according to a large-scale study published Thursday (4).

For people genetically predisposed to a wider girth, these unhealthy lifestyles compounded the problem, resulting in an even higher rate of weight gain, researchers reported in The BMJ, a peer-reviewed medical journal.

The standard measure for obesity, the Body-Mass Index (BMI), is calculated on the basis of weight and height.

A BMI of 25 up to 30 means that one is overweight. Thirty and above corresponds to obesity, a major risk factor for heart attacks, stroke, diabetes and some cancers.

There are currently about two billion people 18 and older 39 per cent of all adults with a BMI above the “overweight” threshold of 25, and 700 million of them are clinically obese.

The prevalence of excess weight has risen even more dramatically among children, from four per cent in 1975 to over 18 per cent in 2016.

To tease out the relative impact of environment and genes on obesity, scientists led by Maria Brandkvist at the Norwegian University of Science and Technology combed through data on nearly 120,000 people in Norway whose height and weight were regularly measured between 1963 and 2008.

Adults began tipping the scales at significantly higher weights in the 1980s and 1990s, they found.

Those born after 1970 were far more likely to have a substantially higher BMI as young adults than earlier generations.

Half of the people monitored were divided into five groups depending on their genetic susceptibility to obesity.

Comparing the two groups at the extremes, the researchers found, for example, that 35-year-old men with genetic variants known to favour weight gain were already heavier in the mid-1960s than men the same age without those fat-inducing genes.

Four decades later even as obesity rates increased across the board — that gap nearly doubled.

Women showed the same trend, though the increase over time was somewhat smaller.

“Genetic predisposition would make a 35-year old man of average height 3.9 kilos heavier than his genetically protected peers in the 1960s,” explained Brandkvist.

“In Norway today, his vulnerable genes would make him more than 6.8 kg heavier.”

In addition, he will have gained an extra 7.1 kilos “simply as a result of living in our ‘obesogenic’ environment,” she added.

“This man’s 13.9 kg excess weight is caused mostly by today’s unhealthy lifestyle, but also by how his genes interplay with the environment.”

While the correlation between the genetic profiles and degree of obesity was strong, the study by its nature cannot determine a direct cause-and-effect relationship, the authors’ caution.

Only clinical trials can highlight causal relationships, but for many areas of interest, such experiments are not possible with humans, for both practical and ethical reasons.