Get In The Game For Right Reasons 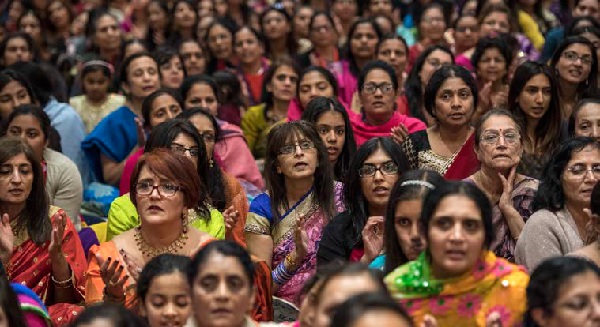 Barnie Choudhury says every party must embrace all races and religion.

I was in parliament on March 28 on the eve of the meaningful vote two-and-a-half, or whatever it was called. It was for the ‘Parliamentary Review Gala’. What was that? Well, according to the invite it was “to celebrate, in person, the success and hard work of everyone who made the 2019 Review possible”.

The 2019 Review is a series of articles about policy issues written by passionate campaigners. Mine was on a favourite topic: raising mental health awareness and treatment for Black Asian Minority Ethnic (BAME) people. Full disclosure – I chair a mental health charity. So, I was really looking forward to meeting like-minded thinking people in the heart of British democracy. Boy was I disappointed.

It hit me the moment I joined the queue for the Terrace. I could not see another brown face. Calm down, I told myself. The organisers wouldn’t be so stupid as to make it an all-white affair. Once inside I realised, they were. Of the 300-odd guests only four were visible ethnic minorities, including the chief executive of our charity and me.

It got worse. Apart from a brilliant opening speech from the broadcaster Julia Hartley-Brewer, the two main speakers were middle-aged white men talking about, you guessed it, Brexit. Really? In 2019 Britain we could not find a single black or brown man or woman to talk intelligently about Brexit? Not Sadiq Khan, Baroness Amos or Priti Patel?

I came to the sad conclusion that my 40-year fight to get racial diversity had come to nought. Sure, more than one in 12 MPs and about one in 17 peers are BAME – it should be at least one in five. I felt so alone, so desolated and so frustrated.

Then it struck me. It shouldn’t really be a surprise because part of the problem is with Asians. Over several weeks now I have had phone calls from various BAME politicians, and one thought kept recurring – they only call when they need help and to shore up their ethnic credentials. Until that tipping point, they do little for people of their own skin colour, despite their promises never to forget those who have helped them.

There are notable exceptions. Lord Patel of Bradford has not forgotten his roots and has fought to make the lives of ethnic minorities better. Mental health, social work and cricket are three unrelated fields to which he has made incalculable differences to people of colour. Also Baroness Verma of Leicester.

But my point is this: where are the ethnic parliamentarians using their voices, raised in compelling rhetoric, to make life-saving changes to their race, religion and communities? They will argue that I am naïve. Politics, they will say, is a subtle game. The worst thing, they will pontificate, is to frighten the white voter by being exclusively the champion for ethnic minorities.

Erm. Islamophobia in the Tories and anti-Semitism in Labour, how’s that working for you? By the way, let’s call it for what it is – political parties of all hues are racist. All parties have a problem with race, they say all the right things, but they don’t really care.

Last month I sent an email to Labour, the Lib- Dems and Conservative press offices asking for the number of BAME candidates fighting in May’s local elections. Twenty-working days later, I’m still waiting for them to acknowledge the emails.

Baroness Verma is a Tory fighting to become Leicester’s elected mayor. What she has done is amazing. The peer has injected life into a moribund local party and has troops who are representative of this rich, diverse and multicultural city. Of the 54 seats up for grabs, only 19 are white candidates.

What’s refreshing is her philosophy. Parties, she says, need to chase votes from everyone. They need to be inclusive. Parties, no matter their politics, must demonstrate they embrace all races, all religions and all genders. I can’t disagree. Don’t gripe from the sidelines, get involved. That’s what Baroness Verma is doing, putting the interests of the city, its people and diverse communities first. But understand the rules of the game. It’s called an ‘old boy network’ for a reason.

The problem with Asian politicians is that, sadly, most are in it for themselves, they are tribal and short-sighted pulling the ladder up behind them. They want to be the community leader, the alpha, and they take personal offence and petty revenge when challenged or things don’t go their way.

That has to change. Otherwise we will always be minorities when we walk into a room in parliament, whose voices will never be heard.

(Barnie Choudhury is a former BBC Journalist and a Professor of Professional Practice in Communications at the University of Buckingham).