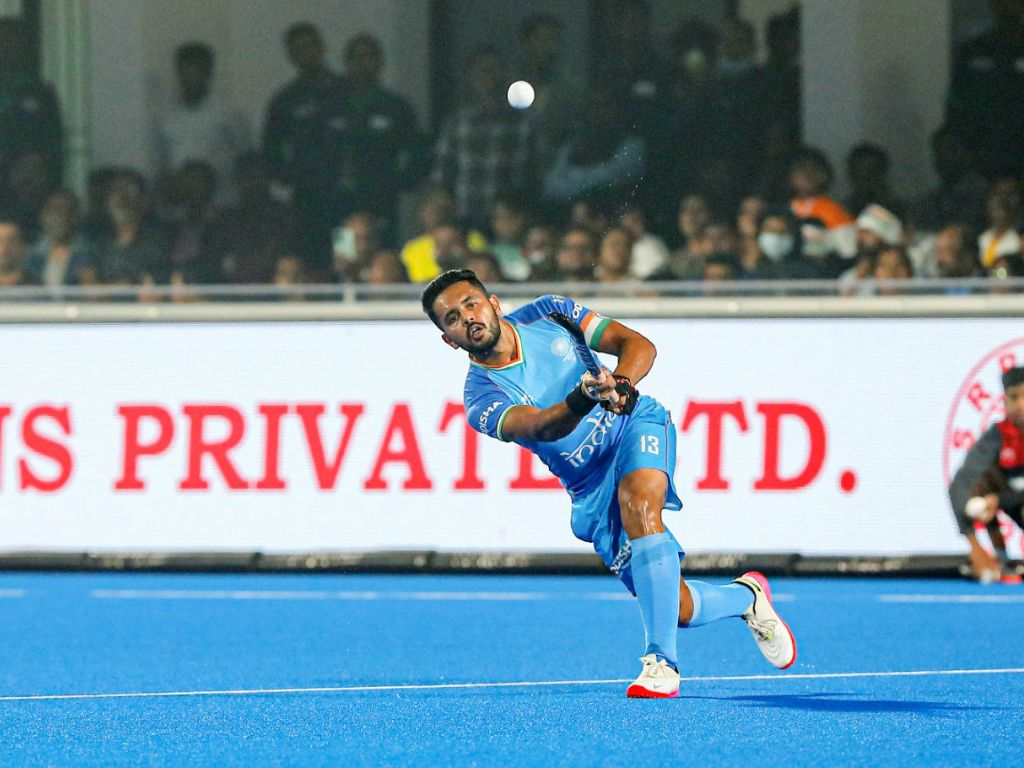 India defeated Wales 4-2 to finish second in Pool D and qualify for the crossover match, where they will take on New Zealand, for a place in the quarter-final of the FIH Men’s Hockey World Cup in Bhubaneswar on Thursday (19).

India took a 2-0 lead through goals from Shamsher Singh (21st) and Akashdeep Singh (32nd) before Wales stunned the home team with twin strikes in a span of two minutes.

Both the Wales goals came from penalty corners through Gareth Furlong (42nd) and Jacob Draper (44th) as they drew level.

Akashdeep came to India’s rescue, scoring a fine field goal in the 45th minute before skipper Harmanpreet Singh converted a penalty corner in the 59th minute.

Both India and England finished with seven points each from three games but the latter topped the pool on account of batter goal difference.

While England directly qualified for the quarter-finals by topping the pool, India and Spain will play in the cross-over matches for the other four quarter-final spots.