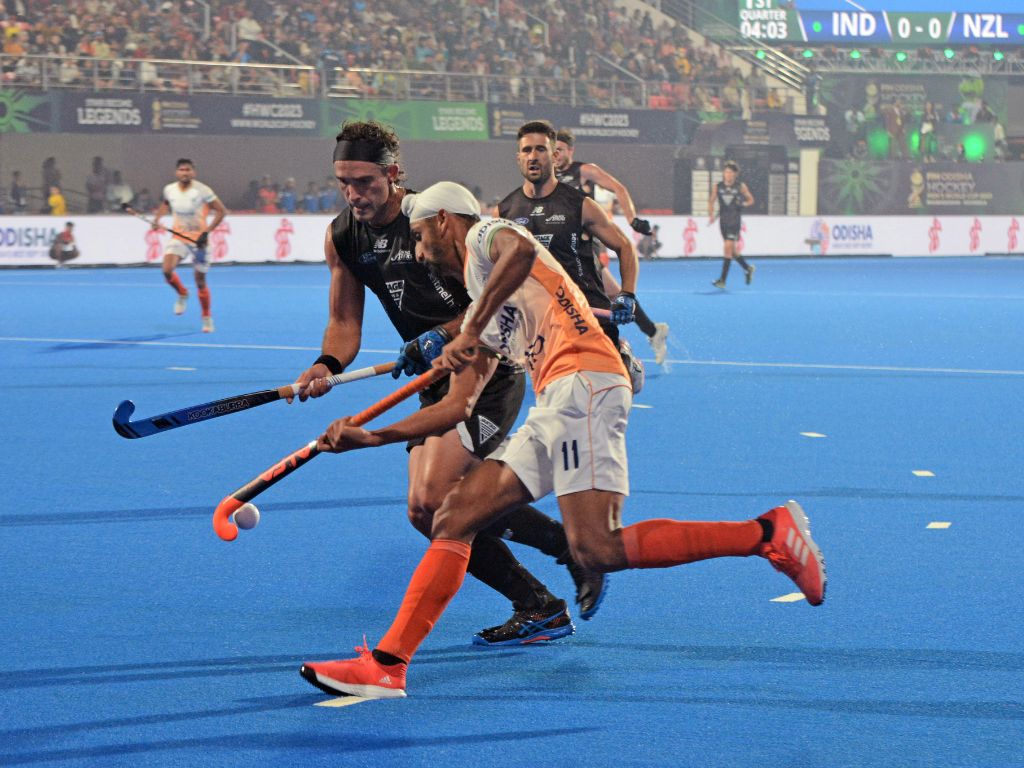 Players vie for the ball during the FIH Odisha Hockey Men’s World Cup 2023 match between India and New Zealand, at Kalinga Stadium, in Bhubaneshwar on Sunday, January 22, 2023. (ANI photo)

India suffered an early exit from the hockey World Cup after the hosts lost 5-4 to New Zealand on penalties in a dramatic crossover match on Sunday (22).

Fancied India, led by defender Harmanpreet Singh, needed a win to make the quarter-finals of field hockey’s biggest tournament and had the home fans on edge after the match ended 3-3 in Bhubaneswar.

New Zealand came back from 3-1 down to level the contest and then held their nerve as the penalty shootout went to sudden death.

Sean Findlay starred for New Zealand, ranked 12th in the world, scoring the goal that forced penalties and then twice converting in the shootout as the underdogs celebrated at the Kalinga Stadium.

The former national game of the cricket-mad nation witnessed a revival after India won bronze at the Tokyo Olympics and followed it up with a Commonwealth Games silver in Birmingham last year.

Australia, holders Belgium, the Netherlands, England and Spain have also secured their place in the quarter-finals.