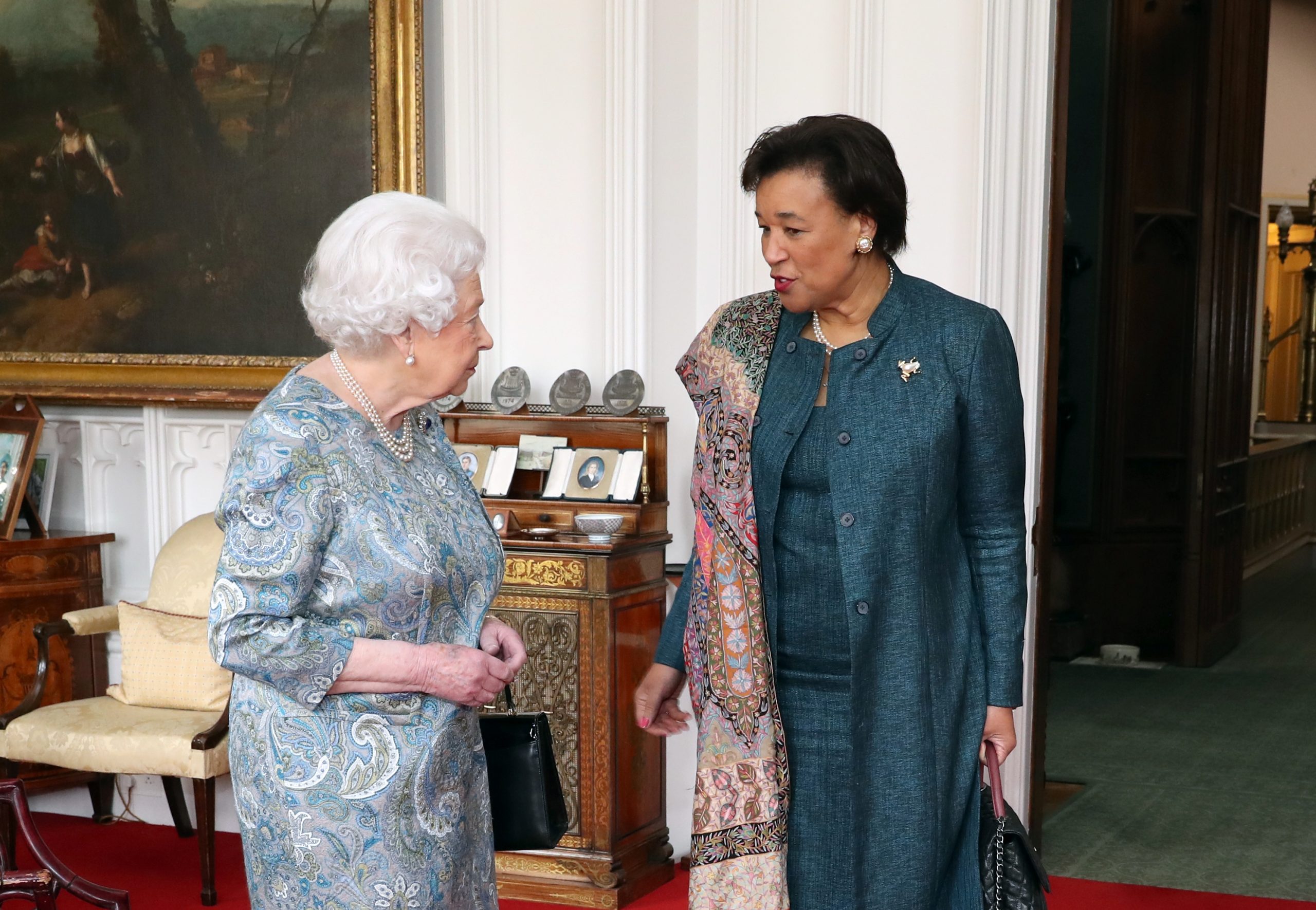 THE platinum jubilee of the Queen offers a unique and valuable opportunity for us to express our gratitude for her unparalleled service.

Throughout her reign, Her Majesty has been the epitome of duty, stability and wisdom, inspiring profound global admiration and affection.

The modern, connected Commonwealth of 2022 reflects the scale and pace of technological, economic, social and cultural transformations which have marked the decades since her accession – but it is also a consequence of the forward-thinking foundations she helped to lay.

The Commonwealth’s central idea – that all nations sitting around the table share the same values, with each nation having equal worth, equal weight, and an equal voice – is a visionary one.

Her experience of, and commitment to, the Commonwealth is at the heart of that idea.

The modern Commonwealth came together as a group of eight nations in 1949, convened after the horrors of the Second World War, and at the advent of the Cold War, to “bring a touch of healing” to the relationships and kinships which bind us.

During the war, with Britain under the stewardship of her father and Winston Churchill, the Queen saw people from across the Commonwealth volunteer to fight and die for our enduring values, at a time when her nation was in its moment of greatest peril.

The courage and sacrifice of millions of volunteers from India, Pakistan, Bangladesh, Nepal and Sri Lanka, along with African and Caribbean Commonwealth countries, gained a permanent monument at London’s Memorial Gates during her Golden Jubilee.

The Queen’s experience of war time helped to inform her vow to the young people of the Commonwealth, broadcast by radio from Cape Town in 1952, in which she declared that “my whole life, whether it be long or short, shall be devoted to your service”.

And it helped to shape her vision for the Commonwealth, which she shared in her 1953 Christmas message: “The Commonwealth bears no resemblance to the Empires of the past. It is an entirely new conception, built on the highest qualities of the spirit of man – friendship, loyalty and the desire for freedom and peace.

“To that new conception of an equal partnership of nations and races I shall give myself, heart and soul, every day of my life.”

Seventy years on, the words remain just as telling.

And the reciprocal relationship between the Queen and the Commonwealth – which has continually strengthened with every meeting, every visit, every tour and every connection – speaks to the substance of our success as a family of nations, and our potential.

This potential can, in many ways, be found in the special qualities the Queen has embodied as head of the Commonwealth.

Her humanity – a young woman thrust onto the throne in an age when older men held the dominant power; and an individual who has touched countless lives with her capacity to listen and empathise.

Her diplomacy – a skilled convenor of world leaders even in the face of the most extraordinary challenges, such as apartheid.

Her leadership – a consistent and reliable example of faith, strength and duty in a rapidly changing world.

These qualities have undoubtedly added to the Commonwealth’s appeal, contributing to its growth and development from the eight nations which first gathered in 1949, to the 54 nations and 2.5 billion people of 2022, spread across six continents and five oceans.

Today, the Commonwealth is larger, more diverse, more ambitious, and more effective than ever. Our delivery programme is more comprehensive and impactful than ever. And our ability to make the voices and experiences of the smallest nations and most vulnerable communities heard on the global stage is more powerful than ever.

This is the Commonwealth which I am proud to serve as secretary-general, and I will continue to be driven by my unwavering belief in the Commonwealth’s capacity to deliver for the public good, serving every one of our nations and their citizens.

The challenges which we face now are impossible to ignore.

The Covid-19 pandemic has taken the lives of more than one million people in the Commonwealth, while visiting profound economic impacts on our member countries.

The increasing intensity of climate change is a challenge for all, and an existential threat to many.

And the ripple effects of conflict and instability, especially on food and fuel prices, threatens to develop into a major global crisis.

But we face these challenges strengthened by that central idea advanced by Her Majesty: that whoever we are, wherever we are from, and whatever our circumstances, we are all connected, and our best chance of success lies in working together.

In an uncertain world, with multilateralism under strain, the Commonwealth shines as a beacon of hope and promise, inspiring confidence in the benefits of international co-operation and collective action.

This is the spirit which guides our celebrations for, and gratitude to, the Queen’s continued service.

And it is the spirit which will guide me as we approach the next Commonwealth Heads of Government Meeting in Kigali, Rwanda, in June.

The Queen will be represented there by the Prince of Wales, who will eventually succeed her as head of the Commonwealth. But we will undoubtedly feel her active care and presence, and continue to benefit from her enduring commitment and wisdom.

On behalf of the whole Commonwealth, I send Her Majesty our warmest wishes for her Platinum Jubilee celebrations.