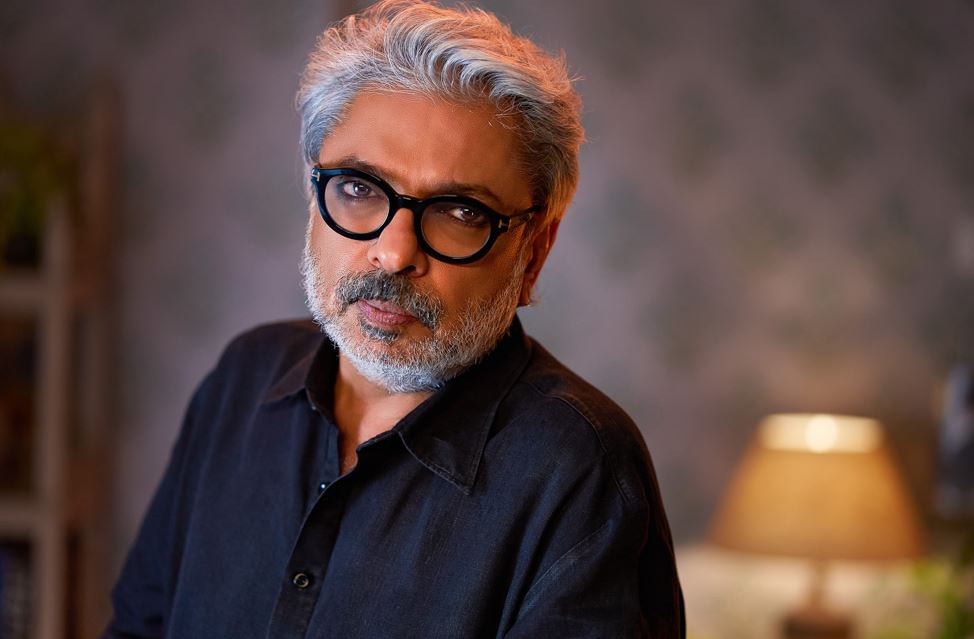 THERE is more than enough evidence to back up the commonly held belief that Sanjay Leela Bhansali is the finest Indian filmmaker of this generation.

His masterpiece movies like Devdas, Black, Bajirao Mastani, Padmaavat and the most recent release, Gangubai Kathiawadi, have combined technical excellence with compelling storytelling.

An important element of his much-loved Bollywood films has been the wonderful music, which he went from supervising to composing himself. Recently, the producer, director, writer and accomplished musician released stand-alone album Sukoon.

The stunning collection of songs composed by him are the perfect combination of classical Indian tradition, commercial music, and world-class singers.

Despite achieving so much, he is not ready to stop, and spoke to Eastern Eye about his creative journey. The master filmmaker also discussed his close connection to music, new album, motivation, and the special bond he shares with singing queen Shreya Ghoshal, whom he launched 20 years ago.

How would you sum up your remarkable cinema journey?

Beautiful – because it has been very rich with different kinds of films, huge subjects, wonderful actors, big studios, and the amazing technicians I’ve worked with. It has been a pleasure over these 27 years, working with wonderful people and telling the stories I wanted to, in my own way, without compromising because of the box office, stars, studio, or somebody dictating orders. There are many more stories to tell, so there is a long way to go.

What do you think has been the secret of your incredibly high success rate?

A lot of hard work. That is the most important thing. You need talent, a vision, and great minds working together, but also very hard work to consistently keep up the level you set for yourself. And then grow from there and become better, and better. So, it’s hours and hours of work with no holidays or breaks. You love your film and surrender completely to it. I think that is the secret.

Three things that connect your films are strong female characters, visual mastery and incredible music. Where does that passion come from?

It has been there since birth. My mother told me, ever since I was six months old, I would always react to music. She played the radio, and I would react in different ways, like moving my neck. She would wonder about the weird connection with music I had. I could never live without music.

Tell us more about that childhood connection to music?

The radio was my best friend. I would visualise how they [filmmakers] would picturise a song and imagine what would I do if I were shooting it. As I said, I had a strong connection to music. Songs were a very important part of the mainstream Bollywood films I grew up watching. It was the best thing in the world seeing Helen or Shammi Kapoor dancing, and Rajesh Khanna romance Sharmila Tagore. Amitabh Bachchan, Zeenat Aman and Hema Malini perform. I grew up on those songs and wanted to create my own. It has been a long but wonderful journey from sitting on a terrace with a radio playing to finally making a film.

Your style of filmmaking is connected to the golden era of Hindi cinema. Has it been a conscious decision to bring that to modern audiences?

It is a subconscious thing. I love the cinema of greats like Mehboob Khan, V Shantaram, Kamal Amrohi and Raj Kapoor. These people created and left such great work, songs and stories behind. So that influence has always remained.

I don’t consciously try to create songs from that era or anything. It’s just that I know those songs far better than I know the new numbers.

Tell us about that?

Those classic songs are easier to sing, and everybody can participate in singing them, whether at home or walking down the road. You can hum those songs whenever you want. It’s easily accessible, like folk music. So, whatever I have composed in my films has always been very simple songs, which you can immediately connect to. They give peace, and you want to sing them, and feel happy.

Music always makes me feel happy, even if it’s a sad song. So, I don’t design my songs to sound like the 1950s and 60s; it just naturally happens.

No frontline movie director in Hindi film history has ever released a standalone music album. What made you decide to do that?

I was not doing enough films to express all the music that is in my mind. I wanted to explore more, with songs that come from my soul and deep down from my heart, which don’t have the pressure of being picturised by me on a film star. People have started watching music and stopped listening to it. They need a visual to a song, which I don’t believe is the right way to hear music.

What do you mean by that?

I can’t understand this new age – YouTube and all that, where everything is a music video and you only know a song is popular through it getting a certain number of views. So, I was very keen to do an album, like the great Jagjit Singh would have done. A lot of important people have made very beautiful albums, so I thought, why not make an album?

When did the idea take shape?

Did composing the music help you get through lockdown?

Yes, absolutely. It was therapeutic and a project that was creating absolute peace, in terms of not having to go for work and worry about shooting or what was happening to the budgets, and actors. We never get to live a normal life because of all these stresses. Of course, Covid was an unfortunate time, and we were all suffering, and not having a picnic or holiday. But at least it was accepted that you had to sit at home.

How did the process of creating songs during the pandemic start?

There was no way to go out, so you had to find some therapy that soothed your soul and calmed a mind that is constantly creative. For the first two months of Covid, I kept shifting furniture in my house, to make the arrangement more creative and new. When I was tired of shifting furniture and art direction in my house, I thought, what else can I do? When I came to music, I found peace and a certain tranquillity.

With your album Sukoon, you have found a hallowed middle ground be tween the classical and commercial. Was that a conscious decision?

Yes, that was a conscious decision because you need this kind of music to reach youngsters, who are the main listeners. They consume this music most, and to be able to take a ghazal, geet or something which is very traditionally Indian and bring them into it without making it too deep or too classical was the aim, so I used a semi-classical style. We used the ghazal format, geet and light music also. So, it was nice to bring them an understandable story. Maybe with the next album, I will go a little deeper into it.

You seem to have always had that great audience awareness?

You have to find your audience. I could not have made Gangubai seven years ago. Similarly, I had to find my audience with Ram Leela, Bajirao, Padmaavat. I found people who would wait for my work, care for my work, and love and react to my work. Some times they would love it, sometimes they would hate it, but it is all about reacting to your voice. So, I made and framed an audience from Devdas onwards.

You have found that audience with this album…

I needed to pitch this album in a way that you start finding a conversation with the audience and have that interaction with them. Then I can go to slightly different people with a deeper classical style.

One of the world’s greatest cinema partnerships is between you and singer Shreya Ghoshal, who you had introduced in Devdas 20 years ago. Tell us about your first meeting?

She was appearing for her board exam as a 15-year-old when she came to audition. That day I was singing a Laxmikant Pyarelal song. She rang the doorbell and walked in with her father. I said to her, ‘Sing a song you like.’ She sang the same song that I had been humming through out the day, that same beautiful Laxmikant Pyarelal song. It was a strange coincidence. I told her, ‘You’re on. You and I are soulmates, and know each other. We can hear each other and can talk to each other without words. I know you and I think you know me.’ So, we were two souls who were finding music and needed to express a lot through music.

What do you most love about her?

Her purity. I just love Shreya, I find her very rooted. She’s become a huge star and singing sensation but is still that simple girl next door. Today she walks in the same way, and we discuss music the same way. We have a great chemistry in terms of just feeling the music. What we were in 2000 when we first met, and what we are today in 2022, is just the same. Her love for music, pursuit of excellence, work ethic and never questioning as to why we have to do something again hasn’t changed. So, no ego or arrogance has emerged, despite her being a huge star.

You have kept evolving and have remained relevant, but what inspires and drives you today?

A love for my work. I have surrendered myself to it and just live for my work. I enjoy nothing more than going to a studio, whether it is a recording or film studio. If you ask me which is the best city in the world, I will say Film City in Mumbai, because there’s no other place that my soul enjoys being in more. When I go to a recording studio, I can be there for hours and hours. So, you have to love your work, and realise deep within, there is still so much to say and do. It will mean a lot more hard work, but I’m willing to give it my all.