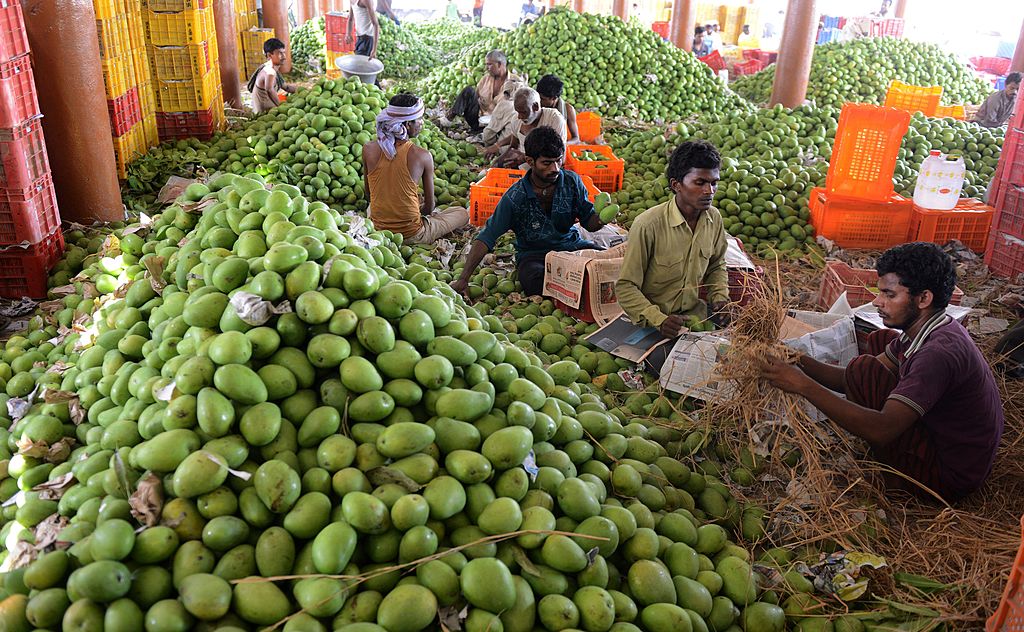 A mango market in India. (Photo by NOAH SEELAM/AFP via Getty Images)

INDIA has secured approval of the United States department of agriculture (USDA) for the export of domestic mangoes to American shores in the new season, the country’s commerce ministry on Tuesday (11) said.

The US has restricted export of Indian mangoes since 2020 as USDA inspectors were unable to visit India to inspect irradiation facilities due to restrictions imposed on international travel due to the Covid-19 pandemic.

Last November, India’s ministry of agriculture and farmers welfare and the USDA signed a framework pact for implementing the “2 Vs 2” agri-market access issue.

US to end India trade retaliation after tax consensus

Under the agreement, both India and the US will follow a joint protocol on irradiation for India’s mango and pomegranate exports to the US and import of cherries and Alfalfa hay from the US.

According to the Indian ministry, a revised work plan has been worked out, including phase-wise transfer of oversight of pre-clearance of irradiation treatment to India as agreed upon between the two countries.

“As per estimates received from the exporters, the export of mangoes in 2022, may surpass the figures of 2019-20,” the ministry said.

The USDA’s approval would pave the way for exports from traditional mango production belts that include Indian states such as Maharashtra, Uttar Pradesh and Andhra Pradesh and Telangana.

India’s agricultural and processed food products export development authority said this would also provide an opportunity for the export of other delicious varieties of mangoes from north and east India, such as Langda, Chausa, Dushehri, Fazli, etc from Uttar Pradesh and the two eastern states of Bihar and West Bengal.