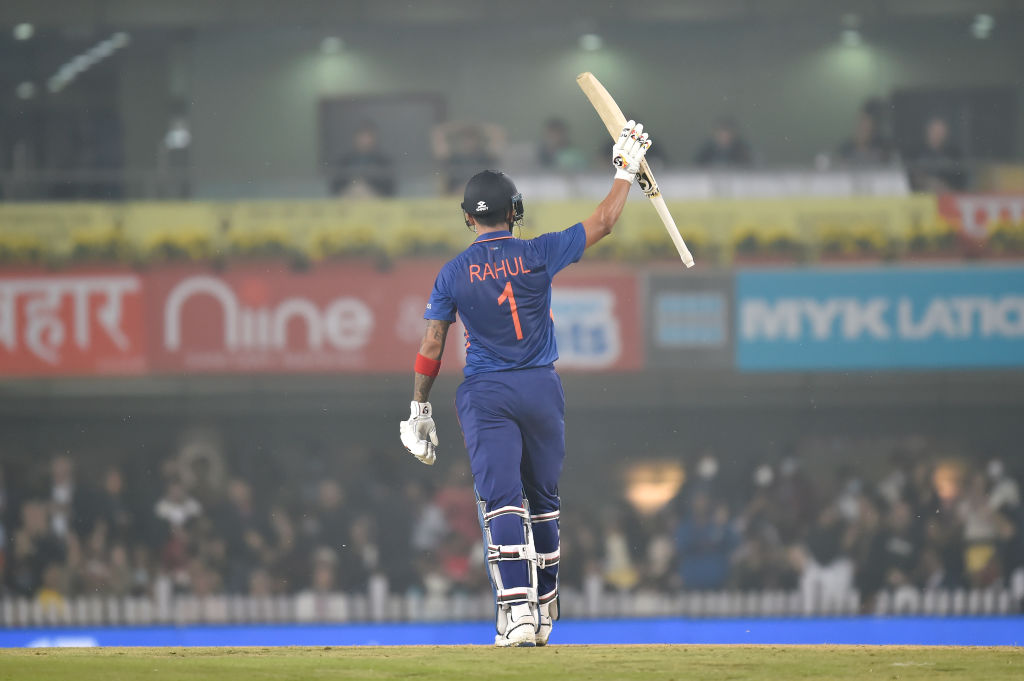 INDIA put their T20 World Cup debacle behind fast as they beat New Zealand by seven wickets in the second T20 international at the JSCA International Stadium Complex in Ranchi in the eastern Indian state of Jharkhand on Friday (19) to clinch the three-match series.

The final game will be played in Kolkata in the neighbouring state of West Bengal on Sunday (21).

Indian openers KL Rahul (65) and Rohit Sharma (55) gave their side a flying start to chase 154, a target they reached in the 18th over. The duo gave India their fifth consecutive 50-run partnership and it made the job of the following batters easy.

Both Rahul and captain Sharma thrashed the New Zealand bowlers all over the park. They put up a century partnership and the visitors got their first success in the 14th over of the Indian innings when stand-in captain Tim Southee picked Rahul. Southee then picked Sharma and Surykumar Yadav in the 16th over but it was too late as wicket-keeper-batter Rishabh Pant slammed two back-to-back sixes to take his side home with 16 balls to spare.

Earlier, New Zealand had a disappointing end to their innings as only 15 runs came from their final three overs after Sharma won the second successive toss and asked the Black Caps to bat first. Glenn Phillips top scored for New Zealand with 34 while Martin Guptill made 31. Harshal Patel, who had a successful Indian Premier League this year, made his debut in the game and picked two wickets for 25 runs. Bhuvneshwar Kumar, Deepak Chahar, Axar Patel and Ravichandran Ashwin took one wicket each as New Zealand finished at 153 for 6 in 20 overs.

Patel was adjudged the player of the match.

India had a narrow win over New Zealand by five wickets in the first match in Jaipur on Wednesday (17).