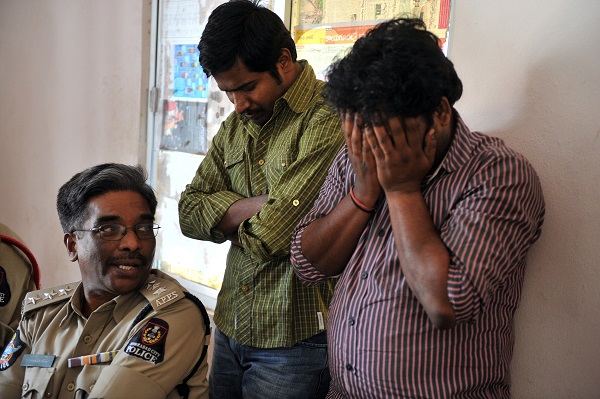 Out of 429 people charged with involvement in 198 trafficking cases in the states of West Bengal and Andhra Pradesh from 2008 until 2018, three convictions were made, according to research by anti-slavery advocacy group Tafteesh (Photo: NOAH SEELAM/AFP/Getty Images).

LESS than one per cent of Indians charged with slavery offences during the past decade were convicted, research showed on Tuesday (3), as anti-slavery campaigners called for tougher action on human traffickers to stop them preying on people.

Out of 429 people charged with involvement in 198 trafficking cases in the states of West Bengal and Andhra Pradesh from 2008 until 2018, three convictions were made, according to research by anti-slavery advocacy group Tafteesh.

“There is no fear of the law,” Snigdha Sen, a researcher at Tafteesh, said.

“Traffickers out on bail have a lot of power and can do anything. They influence witnesses, threaten survivors and often commit the crime again … Many of them eventually get acquitted.”

India’s home ministry officials were not immediately available for comment.

The number of human trafficking victims in India has risen steadily in recent years, according to government data, with more than 23,100 people rescued in 2016, up by a fifth on the previous year.

Anti-trafficking charities fear the number is much higher with many cases going unreported as survivors fear stigma and retribution from traffickers if they file complaints.

Government data showed that 93 per cent of human trafficking cases sent to courts in 2016 were pending trial and the conviction rate in cases where trials had taken place was 54 per cent.

Tafteesh researchers analysed police diaries, cases filed in court, and complaints registered with police by survivors in West Bengal and Andhra Pradesh after they had been rescued and returned home.

The study showed 31 people out of 429 charged with slavery offences had previous convictions for trafficking and were accused of being involved in more than one slavery case involving children and adolescents, Sen said.

They committed 19 per cent of the crimes analysed in the research.

In total 64 people accused of slavery offences were released on bail and returned to neighbourhoods where trafficking victims lived and worked, researchers said.

“Even though this is an organised crime, investigations by police are not thorough,” said Ram Mohan, secretary of Andhra Pradesh-based anti-trafficking charity HELP.

“It is resulting in criminals getting away and as the research shows, many traffickers are involved in multiple crimes. We need good investigation and strong testimonies from survivors after they are counselled.”