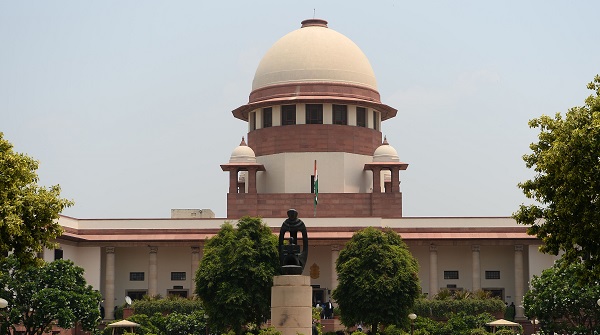 The Supreme Court of India (Photo by SAJJAD HUSSAIN/AFP/Getty Images).

A bench headed by chief justice Ranjan Gogoi said, “We do not find any grounds to entertain the plea of Yadav.”

Yadav had moved the top court challenging the decision of returning officer (RO) to reject his nomination papers from Varanasi Lok Sabha seat, saying it was intended to “give walkover” to PM Modi.

Senior advocate Rakesh Dwivedi, appearing for the Election Commission, referred to various apex court judgments and said election petitions can only be filed after polls are over as it would vitiate the electoral process.

Advocate Prashant Bhushan, appearing for Yadav, said that as per the earlier verdict of the apex court, the election petition can be filed during enforcement of the Model Code of Conduct (MCC).

At the fag end of the hearing, Bhushan sought liberty from the court to file an election petition after polling is over.

“We have done what we could have done. We find no grounds to entertain this petition,” the court said.

The top court had Wednesday (8) asked the poll panel to examine grievances of Yadav.
The RO on May 1 had rejected the nomination papers of Yadav, a Samajwadi Party candidate, who was dismissed from BSF in 2017 after he posted a video online complaining about the food served to the troops.

The poll panel official held that Yadav failed to furnish a certificate as mandated under the Representation of Peoples (RP) Act to the effect that he has not been “dismissed for corruption or disloyalty to the state”.

The Samajwadi Party had initially fielded Shalini Yadav as its candidate to contest against Modi and later nominated the sacked BSF jawan.

While rejecting the nomination papers of Yadav, the RO had observed that “the nomination paper is neither accompanied by a certificate issued in the prescribed manner by the Election Commission to the effect that he has not been dismissed for corruption or disloyalty to the state”.