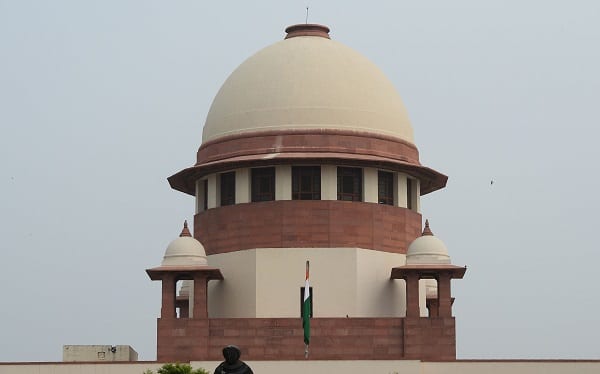 A bench of Justices L Nageshwara Rao and Hemant Gupta, which allowed the students from foreign countries and the north-eastern states to take admissions in the MBBS courses, said that a similar situation arose even last year and the court had to come to the rescue of students (Photo: SAJJAD HUSSAIN/AFP/Getty Images).

TAKING serious note of delay in communication to medical students from foreign countries as also the North East regarding admissions to government colleges, the Supreme Court has directed the Centre that they be informed about the status by August 15 every year, giving them time to join.

The apex court noted that the last date for admission in first year of MBBS courses is August 31, while the Ministry of External Affairs (MEA) has intimated students from Iran, Bhutan and Nepal about their admissions at the “eleventh hour”, on August 30, resulting in denial of seats to them.

A bench of Justices L Nageshwara Rao and Hemant Gupta, which allowed the students from foreign countries and the north-eastern states to take admissions in the MBBS courses, said that a similar situation arose even last year and the court had to come to the rescue of students.

“In a similar situation that arose last year, we had to come to the rescue of the students who were intimated about their admission in the medical colleges at the eleventh hour.

“To avoid inconvenience being caused to the students who are sponsored by other countries and the state governments and the Union Territories in whose favour seats are allocated, we direct the Government of India to intimate the concerned authorities of the state governments, the Union Territories and other countries about the approval of admissions to candidates whose names are sponsored, at least 15 days before the last date of admission,” the bench said.

The bench was hearing a plea of students including those from foreign countries and north-eastern states, who were granted admissions from the central pool in the government colleges but due to delayed communication by the MEA, the last date of admission had already passed as they reported to the colleges on September 1 and 2.

He said that since the students reported to the institute by September 2, AIIMS could not enrol them in the first year MBBS courses as the apex court had fixed August 31 of every year as the deadline for admissions.

The top court noted that pursuant to the nomination made by the students from the north-eastern states and from Iran, Nepal and Bhutan, the MEA by a letter dated August 30, gave its consent for admission to the nominated students in the Government Medical Colleges.
“The students reported to the Medical Colleges immediately thereafter on September 1 and 2. They were refused admission on the ground that the last date for admission, as approved by this Court in Ashish Ranjan versus Union of India, expired on August 31, 2019,” it said.

The top court said that no fault can be found on the part of students for not reporting before the last date as they have rushed immediately after they were informed about the admission in the government medical colleges.

“Therefore, we are of the opinion that the last date as fixed by this Court in Ashish Ranjan case needs to be relaxed in favour of the writ petitioners,” the bench said.

As per the schedule fixed by the apex court on January 18, 2016, the process of admission in medical colleges starts with the entrance examination to be held in May first week and would end by August 31, each year.