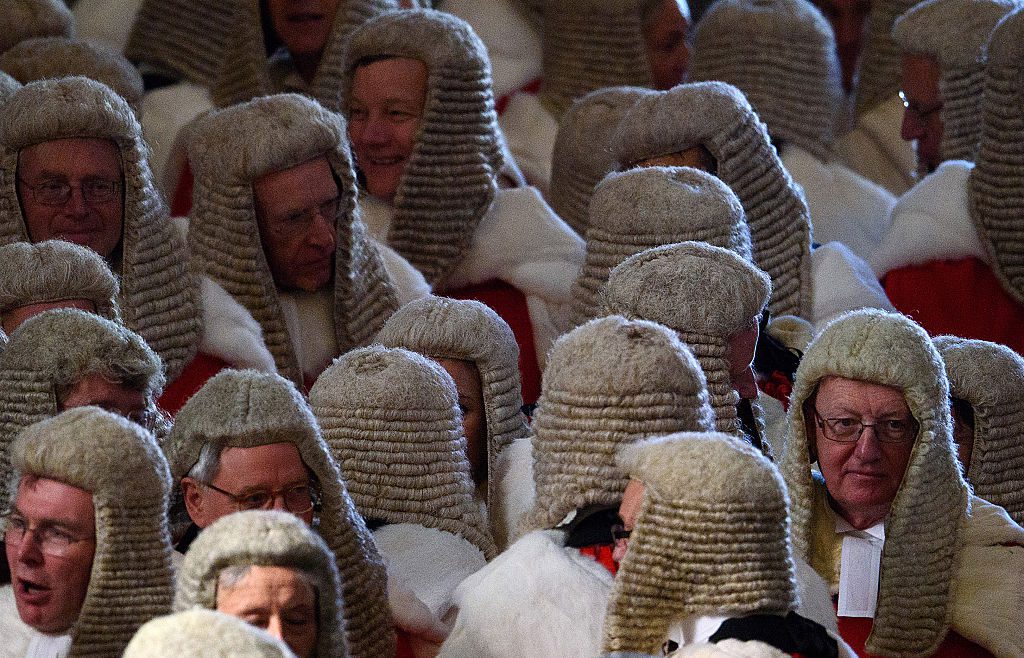 THE report [of the review into the recruitment process by the Judicial Appointments Commission (JAC)] published last month demonstrates a degree of acceptance that the statutory consultation system is not working consistently.

We are pleased that there has been some recognition of the inadequacies of the current system, and that others share our concern as to the way in which the 2013 regulations, governing the ‘stat con’ system, have been interpreted.

It is said that there is ‘no evidence’ that the current procedures impact diversity, with which we and other organisations disagree.

This report skims the surface, and we hope will trigger a much ‘deeper dive’ by a more independent organisation.

It does not deal at all with the non-statutory consultation and the rumours and discrimination that block able candidates, often obliquely disguised and impossible to challenge.

The report won’t change very much; indeed, the JAC says as much in its response [on March 31]. It is a wasted opportunity. We would call for an academic-led, independent investigation.

That was the case when Sir Colin Campbell and his commission investigated the system under the lord chancellor’s department from 2001. It was a thorough and independent investigation, and there was widespread consultation as well as investigation of individual complaints.

Well, 20 years on, we need such a process to be repeated. Despite the work of the JSN [Judicial Support Network] being responsible, at least in part, for triggering this report, we were not contacted or consulted.

The consultees were very limited. The wider issues of racism, discrimination facing those of non-traditional backgrounds, solicitor judges, accents, disability, religion – all these issues feed into the system in 2022.

A really good question for the JAC, which may yield rather more revealing answers, is ‘why are existing fee-paid judges, with many years’ experience, ticketing to undertake serious work, good appraisals – finding it so difficult to obtain a salaried position?’ and being turned down.

Those are judges appointed via the JAC (so Lord Kakkar cannot argue that the pool isn’t good enough’). Some even train more junior salaried judges, yet they aren’t ‘good enough’.

I personally am very invested in the system working as Sir Colin Campbell, whose commission set up the JAC, intended. I am not applying for anyadvancement, but my experiences at the bar and in the judiciary for nearly 40 years have taught me how ‘blackballing’ works.

In 2001, I applied to be a recorder. A senior silk had been running a vendetta against me since about 1997. On this occasion, I had been shortlisted, and the leader of circuit (who had the confidential list) leaked it to him as they were close friends, and he had asked to be warned if I ever applied so that he could try to stop me.

He wrote to the lord chancellor making allegations against me which were, fortunately, demonstrably false. But not before some really unpleasant treatment of me by an official at the lord chancellor’s department. Something had happened, but not at all as he described.

Fortunately, I was able to order a transcript and challenge it and others involved in the case supported me. Lord Irvine of Lairg’s policy was any allegation against an applicant had to be accompanied by evidence.

I was turned down, and this was all too late for that competition, but the panel that interviewed me had been shown his comments, even though they had not been substantiated.

In addition, two judges who didn’t like me – one who died recently – made allegations against me, with no example or explanation. On the policy at the time, they were to be disregarded as there was no description or evidence, just assertion.

I risked my career and sent all the material to judges, and senior barristers from Baroness Hale down, including Sir Colin Campbell, who invited me to complain formally. I did. As part of the investigation, everything was provided to him, including recordings of the pre-interview discussion.

The panel could be heard to say, “We have to interview her, she is a successful Asian woman, but we won’t appoint her in the light of the above. Why would we want an Asian single mother on the bench anyway?” My complaint was upheld.

Sadly, the old system was better, because I was told of those who were seeking to block my progress. Under the current system, no proof would have been required by the JAC. Their comments would go before the Character Committee.

We hear tales of ‘telephone calls’ and influence being exerted. We have no way of knowing if that is the case.

However, under the current system, I would have been rejected, the feedback rewritten to hide their unsubstantiated opinions, no chance to show that it was false. The guidance sent by the JAC currently advises that the matters will be kept secret from the applicant, and that judges should comment freely. My complaint was upheld.

Sir Colin Campbell wrote to me and assured me that under the new system, the JAC, that would never happen to anyone again, and commended me for my courage in making the matters public within the profession.

I didn’t apply again until 2009, as the silk who was running the vendetta had told me that he would make sure I was never appointed to the bench or take silk. They were very influential, but I was doing very well professionally.

Over time, other judges and senior practitioners, including a wonderful judge called Jeffrey Pegden QC, assured me that I would be a good Judge and under the JAC, I would be a ‘number’ taking an exam, that no one could interfere. So, I did apply and here I am, thanks to the JAC, so I am grateful, and I would like to assist the JAC.

I have been impressed with the fairness of the panels, and I want it to work as Sir Colin Campbell intended. Part does in my view, and part doesn’t.

To see candidates facing such ‘blackballing’ but with no chance to know of it, much less challenge it, is a matter of great sadness to all who were subject to both systems. That is why I am involved in this challenge.

It is too easy to say, “the pool isn’t good enough, it’s the fault of the bar and solicitors”.

Well, yes, there is fault there, but the pool is there and it’s good. There is still no explanation as to why we are not making better progress and, in some ways, going backwards.

We invite the JAC to challenge the judiciary, it is supposed to be independent after all. Ask about bullying, discrimination, unfair allocation of tickets, authorisations, opportunities for advancement, favouritism by leadership judges, presiders and others.

Ask them why judges appointed via the JAC with known disabilities do not receive the reasonable adjustments to which they are entitled after appointment. Ask why judges describe us as a JAC “tick in the box”, “not up to the job” just as some of us were described in silk, as “well, we have to appoint some of them, so s/he is pleasant enough”.

I am nearly 40 years’ call. Will this ever end? We invite the JAC to stand up for the principles it is meant to uphold, work with us, work for a strong, truly independent, diverse and inclusive judiciary.

Diversity of truth matters too. All we want to be is the best judges we can be and treated with dignity and respect.

Diversity is being invited to the party. Inclusion is being allowed to dance. Currently some of us are eventually invited but dancing is restricted to those favoured by the legal establishment.

It is too late for me now, and for judge [Claire] Gilham, and many of the colleagues who assist us. We have nothing to gain except a better and brighter future for others.