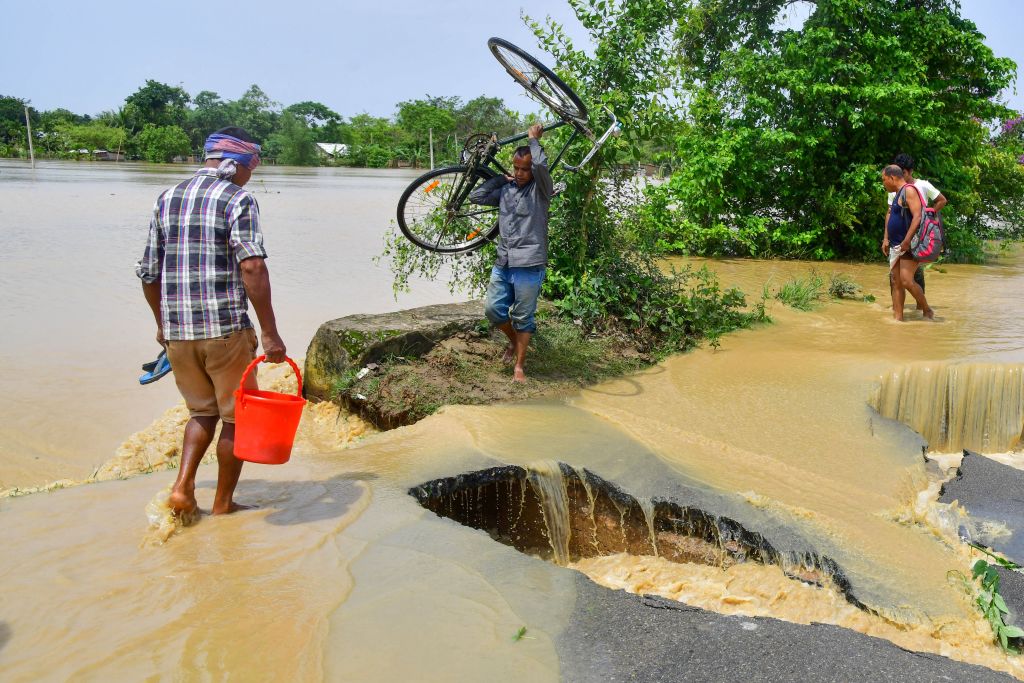 AT LEAST 10 people including a four-year-old child have died in floods and landslides this week after unusually heavy rains pummelled several parts of India.

Experts say extreme weather around the world is being driven by climate change, made worse in South Asia by damming, deforestation and over-the-top development projects.

The Indian Meteorological Department has warned of extreme weather conditions, with a heatwave in northern parts of the country recently triggering water shortages and power cuts.

The department simultaneously warned of heavy rainfall in several other areas, including Assam and other northeastern states, and Tamil Nadu, Karnataka and Kerala in the south.

A seasonally unusual deluge ahead of the annual monsoon in the northeastern state of Assam has left at least eight people dead and displaced more than 400,000 as of Wednesday (18).

Four of the victims were killed when their house was buried in a remote village in Dima Hasao district, where landslides undermined railway lines in several areas, making it difficult for authorities to send relief material.

One train was pushed off the tracks by muddy debris from surrounding hills.

The Indian Army, which has been brought in for rescue operations, said in a statement that it had rescued around 300 villagers as of Wednesday.

In Karnataka in southern India, at least two people were found dead late Tuesday (17), according to media reports.

The labourers had entered a pipeline construction site in Bengaluru when it started to rain but could not escape as the water level increased, the Indian Express newspaper reported.