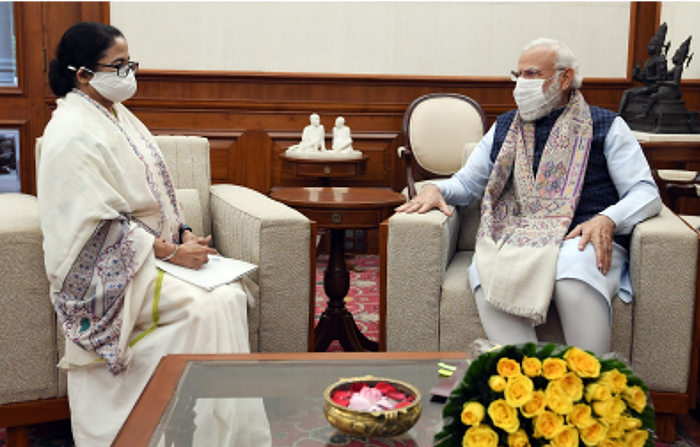 MAMATA Banerjee, the chief minister of the eastern Indian state of West Bengal, on Wednesday (24) met Indian prime minister Narendra Modi in New Delhi and demanded rolling back of the central government’s decision to extend the Border Security Force’s (BSF) jurisdiction in the state.

In October, the Modi government empowered the BSF to conduct searches, arrest suspects and make seizures up to an area of 50 kilometres inside the Indian territory from the international border with Pakistan in the west and Bangladesh in the east. The BSF personnel were either empowered to take action up to 15 kilometres in states such as Punjab, West Bengal and Assam.

Banerjee, who leads the Trinamool Congress (TMC), also discussed with the prime minister various issues related to her state.

“I met Prime Minister Narendra Modi today over a number of state-related issues. We also spoke on the BSF’s jurisdiction extension issue and demanded that this decision be withdrawn,” she told reporters.

The West Bengal chief minister, who many see as a potential challenger to Modi in the 2024 national elections, is currently in the national capital. On Tuesday, three former parliamentarians joined the TMC in the presence of Banerjee.