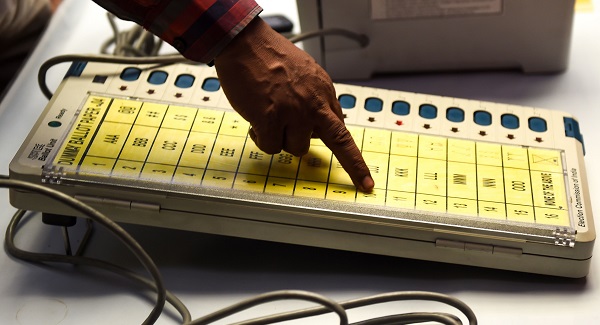 Indian authorities also faced protests over the closure of a major highway in restive Kashmir state for two days a week during voting so it can be used for military convoys (Photo: MONEY SHARMA/AFP/Getty Images).

Maoist rebels on Thursday (4) ambushed an Indian military patrol and killed four soldiers in a jolt to security ahead of a national election starting next week, officials said.

Indian authorities also faced protests over the closure of a major highway in restive Kashmir state for two days a week during voting so it can be used for military convoys.

Border Security Force troops were on a foot patrol in a remote forested district of Chhattisgarh state when attacked.

State police chief, DM Awasthi, who gave the toll, said the wounded soldiers have been evacuated from Kanker district.

Indian forces have been fighting Maoists for decades in the mineral-rich central state, which will vote on April 11, the first day of the multi-stage nationwide election which will only finish on May 19.

The rebels often call for a boycott of elections as part of their campaign against the Indian state.

The Maoists are believed to be present in at least 20 other Indian states but most active in Chhattisgarh, Odisha, Bihar, Jharkhand and Maharashtra.

Their insurgency has left tens of thousands dead.

Tens of thousands have also been killed in the past three decades in Kashmir where Indian authorities have ordered the main Udhampur to Baramulla highway a 300-kilometre lifeline from the Kashmir valley to the rest of India on Wednesdays and Sundays to prevent suicide attacks.

Omar Abdullah, a former chief minister in Kashmir, said patients would not be able to reach hospitals, students will not get to schools and many people will not get to work.

“There has to be a better, less people unfriendly way of protecting forces using the highway,” Abdullah said on Twitter.

“This is martial law. We have never seen this kind of ban here and it will hugely affect trade between Kashmir and other states in India,” Yasin Khan, a business leader said.

The only other road connecting the landlocked valley to Jammu province in the south is in bad shape and closed for many months each year.

A railway link under construction for nearly 15 years has missed several completion deadlines.

“Last I checked, we were a democracy. But this sounds like a diktat of martial law,” said Mehboob Mufti, another former chief minister and ally of prime minister Narendra Modi.

The government was inflicting “collective punishment” on Kashmiris,” Mufti said on Twitter.