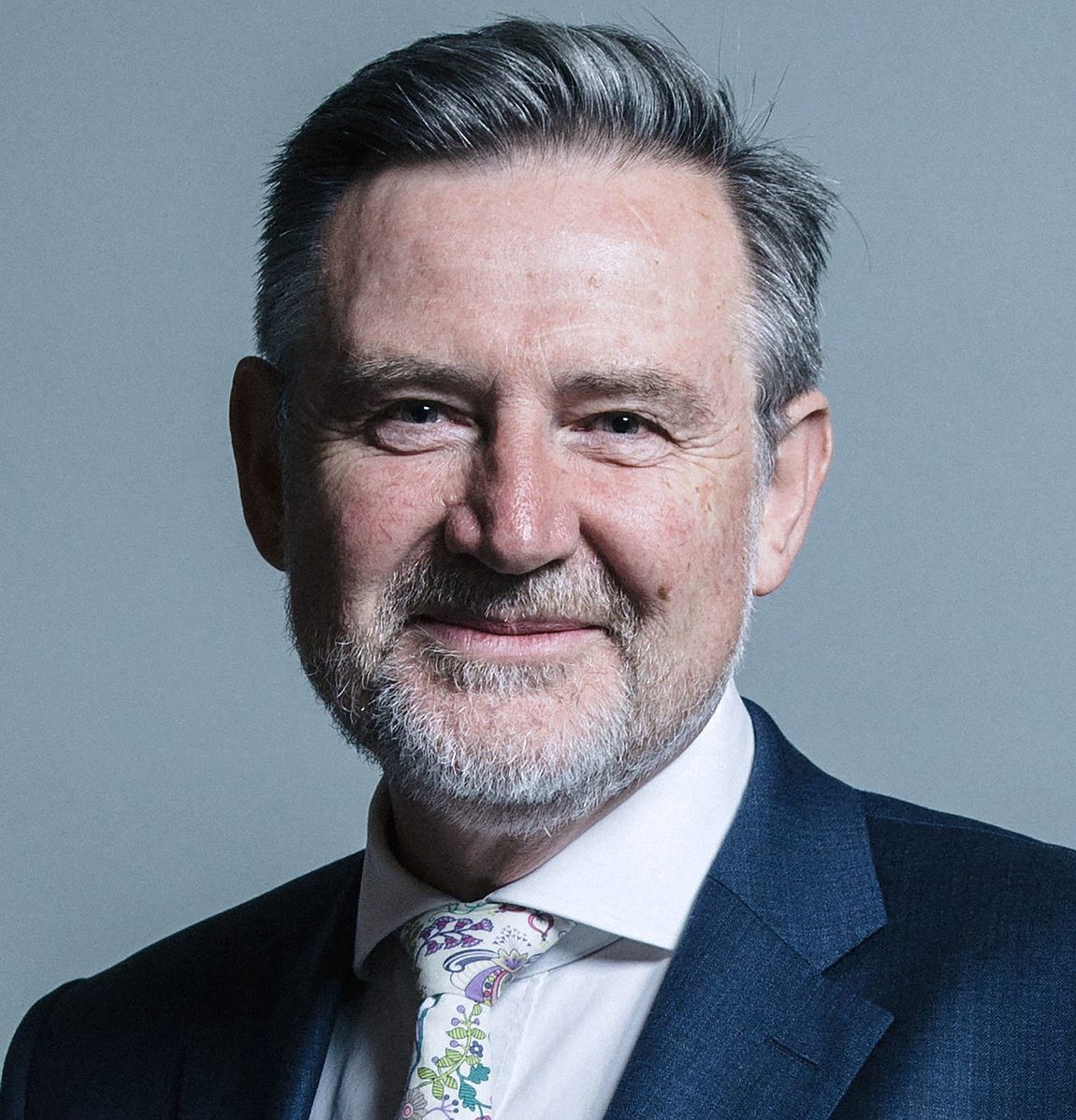 IT HAS been called illegal, immoral, and unworkable. So what does the UK government’s Memorandum of Agreement with Rwanda actually say, what are its stated objectives and what is the politics behind it?

The agreement is about “the prevention and combating of illegally facilitated and unlawful cross-border migration by establishing a bilateral asylum partnership in which Rwanda commits to receive asylum seekers from the United Kingdom; to consider their claims for asylum; giving effect to their rights under international law through the Rwanda domestic asylum system and arranging for the settlement in Rwanda of those recognised as refugees or otherwise requiring protection”.

So is it legal? We should consider three authorities – the Refugee Convention, the European Convention on Human Rights and the UNHCR [UN High Commissioner for Refugees].

The Refugee Convention does not explicitly prevent the removal of a refugee to a safe third country. Article 31 rules against the imposition of penalties on refugees and it is doubtful the courts would normally uphold a claim that turning up in the UK and being sent to Rwanda constituted a penalty. I say normally, because the prime minister has said the new offshore asylum approach is intended to deter the barbaric trade in human misery by people smugglers in the [English] channel. Being sent to Rwanda is clearly being used as a disincentive to refugees tempted to use this route. As such, the courts may decide it constitutes “a penalty” within the meaning of the convention.

Article 32 of the convention prevents the expulsion of a refugee, but only where the refugee is lawfully present. However, the Supreme Court has held that an asylum seeker, even if registered as such, is not lawfully present until they have received a grant of leave to remain. Article 33 does, however, prevent refoulement; that is the relocation or return of a refugee to a territory where the asylum seeker would be in further danger. This presents a serious problem for the government that is significantly bolstered by the second authority.

The European Convention on Human Rights prohibits removal to a country where the person’s human rights would be violated; for example, by prolonged arbitrary detention or exposure to torture or inhuman or degrading treatment.

In relation to Rwanda, the courts may seek to rely on the UK government’s own statement from 2021 which expressed regret that “Rwanda did not support our recommendation, which was also made by other states, to conduct transparent, credible and independent investigations into allegations of human rights violations including deaths in custody and torture”. They may also note that the UK government does accept refugees from Rwanda itself.

The UNHCR has said that it does not support the externalisation of asylum states’ obligations. “This includes measures taken by states to transfer asylum seekers and refugees to other countries, with insufficient safeguards to protect their rights, or where this leads to the shifting rather than the sharing of responsibilities to protect refugees”.

The illegality of the refugee agreement may well depend on how our courts view the human rights situation on the ground in Rwanda.

An asylum seeker is someone who is fleeing from a country where they have a “well-founded fear of persecution”. What makes an asylum policy moral and fair then must surely depend on whether it is able to identify and provide swift and effective protection to those whose fear is genuine and well-founded.

The government, however, has said the Rwanda scheme will discriminate among asylum seekers not on this basis, but on the basis of the route by which they arrived in the UK (if they came in a small boat across the channel) and on whether they arrive as single men or as part of a family. This discrimination is not based on the genuineness of their asylum claim and as such, it cannot be a fair basis for processing it.

Ministers might claim those crossing the channel in small boats are less likely to be genuine asylum seekers. So we should examine the statistics for those arriving this way across the channel. An analysis of channel crossings and asylum outcomes using Home Office statistics for the period between January 2020 and May 2021 found that out of the top 10 countries (that make up 91 per cent of all channel crossings) the vast majority are actually accepted by the Home Office as genuine refugees. The grant rate for Syrians is 88 per cent, for Eritreans 84 per cent, for Sudanese and those from Yemen 70 per cent, for Iranians 67 per cent , for Vietnamese 65 per cent, for people from Kuwait 61 per cent and for Afghans 56 per cent. And these figures are just for the initial decisions – 59 per cent of appeals from these countries are also granted.

Criminalising asylum seekers who make the cross-channel journey is targeting those who are victims already twice over. They are victims of persecution that has caused them to flee and victims also of the human traffickers who exploit their vulnerability. And what drives trade into the hands of the traffickers is precisely the lack of legal and safe routes. From those top 10 countries, the UK did not resettle a single person from Kuwait, Yemen or Vietnam; and from Iran, only one person was accepted through a safe and legal route.

The government has made much of these criminal gangs and the need to stop them. It is certainly not clear how this policy will do that. When 27 people died in the channel last November, the striking thing was the traffickers were apprehended within five hours before they managed to escape across the French border. The police knew who these traffickers were, they had just done nothing to stop them before the tragedy happened. Stopping criminal gangs relies upon concerted police and anti-corruption work, not on penalising their victims.

The truth is that the government, by “subcontracting out our responsibilities” for refugees, as the Archbishop of Canterbury so disparagingly called it, is not focusing its policy on the asylum seekers themselves. It is not trying to provide a swifter, safer, surer method of claiming asylum in the UK. It is seeking to deter asylum seekers from coming to our shores.

The government is evading our responsibility under the Refugee Convention not just to process the claims fairly, but also to provide sanctuary in the UK to all those whose claims are ultimately accepted. Successful asylum claimants will stay in Rwanda under the agreement. The true target of government policy then is the resident British population who the government recognises is ambiguous about and fearful – often irrationally so – of immigration.

The UK history of welcoming refugees is at best mixed, not least with those Indian refugees who fled persecution in East Africa in the late 1960s and early 1970s. The truth is they have provided a quite extraordinary economic boost to our society over the past 50 years. But the public did not receive those refugees with open arms. Many were treated disgracefully – referred to on the one hand as “lazy benefit scroungers” and on the other as coming here “to steal our jobs”. How they could be both never seemed to trouble the racist mind.

These are the tropes the government policy is playing to. The lie that Britain is “full up”, the axiom that immigration per se is a bad thing. It is not. Immigration should be properly managed, and the best way is by opening safe and legal routes and by putting in place an efficient and effective decision-making system in the UK, where Home Office targets are based upon accuracy of the assessment, not on number of refusals.

This would be an ethical policy where asylum seekers do not have to endure years of waiting in limbo for a decision on their case before they can move on with their lives.

Rarely does an international agreement make provision for its own failure quite so explicitly as the envisaged five-year memorandum between the UK and Rwanda. Article 23.2 stipulates: “In the event that an order issued by a court of the United Kingdom or Rwanda prevents the lawful operation or implementation of the transfer arrangements under this arrangement, the period during which the transfer arrangements cannot be implemented lawfully will not count towards the 5-year period in paragraph 23.1” Thus the agreement already anticipates being ruled unlawful by the courts.

The deal also sets up a monitoring committee that will meet every six months to see how the plan is being implemented. The trouble is that any recommendations it makes will be “non-binding”, as set out in article 21.2.1 of the agreement.

The scheme is modelled on the Australian scheme which has seen 3,127 people relocated to Papua New Guinea and Nauru at a cost to the Australian taxpayer of AUS$10 billion. In UK money, that equates to £1.7 million per refugee. The Australian scheme did not stop the flow of asylum seekers or the criminal gangs who do the human trafficking. In the UK, the Home Office has said the initial payment to Rwanda will be £120m to establish the scheme. It also states that the current cost of processing an asylum claim in the UK is £12,000 per refugee. No wonder then that the home secretary had to issue a ministerial directive to her civil servants, who advised her the proposal could not be deemed value for money and that they would not implement it without a direct command by which she bore responsibility for it.

We need a mature discussion in our country about immigration. Recent select committee inquiries in parliament have pointed out that we are experiencing debilitating skills gaps in industry and agriculture, with food even rotting in our fields because of our inability to attract workers. We know we have an ageing population that will make increasing demands on a smaller number of people of working age. Managing migration is about maintaining a productive workforce and a balanced economy.

But processing asylum claims is about more than that. It is about recognising our international obligations to those with a well-founded fear of persecution. It is about compassionate action to alleviate human suffering on the global scale, and on the personal scale to enable individuals to resume a normal family life as swiftly and as best they can after unspeakable trauma.

Many of these individuals have relatives in the UK who can help them settle. Many will need to integrate and build a new family afresh. If we choose to repel those who have been through war, torture and persecution, to deflect them and disown our responsibility to provide safe and legal routes for them, we diminish ourselves as a nation and impoverish ourselves as moral beings.