Missing Boat Of Indian Migrants Could be Heading To New Zealand: Police 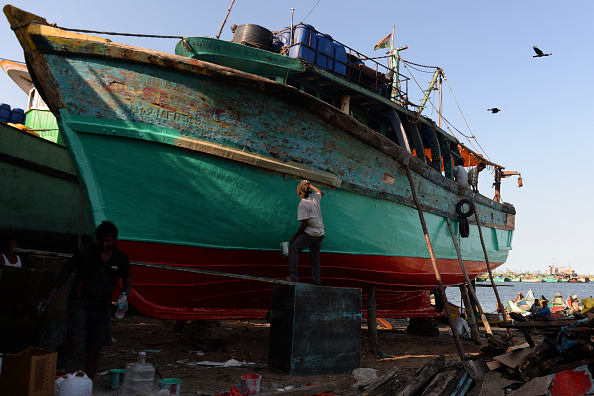 Police have recovered more than 70 bags left behind by the migrants, as well as around 20 identification documents, officer VG Ravindran said (Photo: ARUN SANKAR/AFP/Getty Images).

A fishing boat that could contain more than 100 Indian migrants may be heading to New Zealand, Indian police said on Monday (21).

The boat, which is carrying people from the Indian capital New Delhi and the southern state of Tamil Nadu, left Munambam harbour in Kerala on January 12, two officers involved in the case told Reuters.

An individual from New Delhi arrested in connection with the investigation, Prabhu Dhandapani, told police the boat was heading to New Zealand, according to both officers.

Estimates of the number of people on board vary between 100 and 200 people, including women and children, they said.

Police have recovered more than 70 bags left behind by the migrants, as well as around 20 identification documents, officer VG Ravindran said.

“The bags are full of dry goods and clothes, suggesting they were preparing for a long journey,” said officer MJ Sojan.

“The people and boat are missing somewhere in the sea. Many Indian agencies including the coastguard are trying to locate the boat.”

For the migrants to reach New Zealand, they would need to travel more than 7,000 miles through some of the roughest seas in the world. Cyclones and storms are common in the straits between Indonesia and Australia, the most likely route for the boat.

A spokesman for New Zealand’s department of immigration was not immediately available for comment.