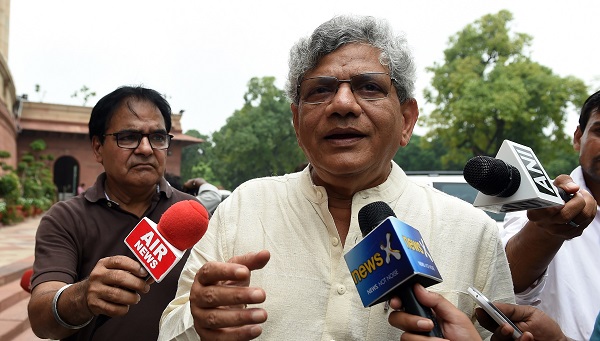 INDIA’S CPI(M) general secretary Sitaram Yechury Tuesday (7) attacked the BJP government, alleging that the country’s economy and security have been run into the ground in the last five years.

In a series of tweets, he listed the “failures” of the government since 2014 and said prime minister Narendra Modi cannot escape the pitfalls.

“The plot and more has been lost under the Modi govt. Jobs and Spending down, benefitting noone, except the cronies who have been taken care of. At least Rs 5.5 lakh crore of public loans waived off for them since 2014.

“A litany of failures, which Modi can’t escape: Modi govt has run the Economy into the ground. Terror attacks in J&K were up 176% even though the harebrained Notebandi was to cut off terror funding. Truce violations by Pakistan increased 100% since 2014,” Yechury tweeted.

On Monday (6), a war of words broke out between Modi and Yechury after the prime minister hit out at the Left leader for his alleged “derogatory” remarks against two great Hindu epics.

Yechury had retaliated by alleging that Modi had “distorted” what he had said.