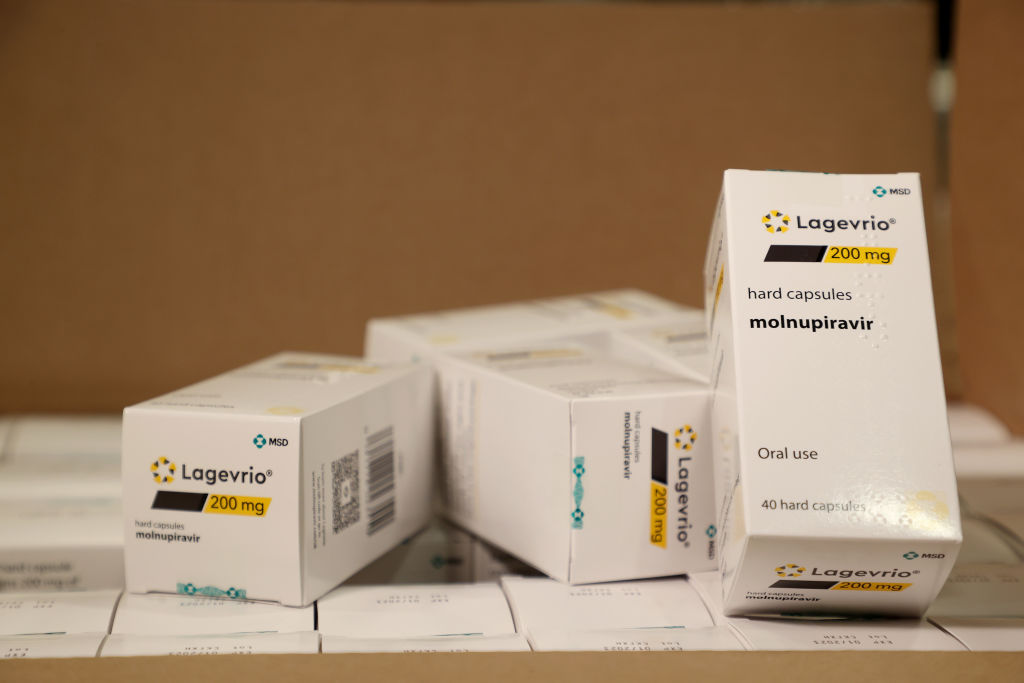 Researchers from the University of Oxford on December 22 released findings from a clinical trial investigating the effectiveness of the antiviral treatment molnupiravir against Covid-19 – the first treatment tested in the ongoing PANORAMIC (Platform Adaptive trial of NOvel antiviRals for eArly treatMent of COVID-19 In the Community) trial.

In their paper published in ‘The Lancet’, the researchers reported that molnupiravir did not reduce hospitalisations or deaths among higher risk, vaccinated adults with Covid-19 in the community.

The treatment was, however, associated with a faster recovery time and reduced viral detection and load – participants who received molnupiravir reported feeling better compared to those who received usual care.

Molnupiravir (brand name Lagevrio), the first treatment to be studied by PANORAMIC, was set up to identify which groups of higher risk people were most likely to benefit from new antiviral treatments for Covid-19. The study allows multiple antiviral drugs to be tested in parallel.

Chris Butler, professor of Primary Care in the Nuffield Department of Primary Care Health Sciences and co-chief investigator of PANORAMIC, said, “Finding effective, safe and scalable early treatments for Covid-19 in the community is the next major frontier in our research response to the ongoing worldwide pandemic. It is in the community where treatments could have a massive reach and impact. But decisions about who to treat should always be based on evidence from rigorous clinical trials that involve people who would most likely be prescribed the drugs.

“The evidence PANORAMIC has produced about molnupiravir will guide treatment decisions for Covid-19 world-wide. It is rapidly generating critically important clinical evidence from within the pandemic to guide care during the pandemic itself, in this case determining effects of molnupiravir among people who are almost all vaccinated.

He added that one must not forget “the other ongoing pandemic of antibiotic resistance”, which partly stems from using antimicrobial drugs at scale before rigorous clinical trials were held to find out who really benefited from the treatment and who did not.

“The PANORAMIC team is also doing the necessary trials and gathering evidence about these treatments before we go straight to widespread use,” Butler said.

Professor Richard Hobbs, head of Oxford Primary Care and co-trial lead, said, “These key findings from 25,000 people in this first PANORAMIC outcome show that the majority of patient groups at moderate to high risk of worse COVID outcomes gained only symptomatic improvement with molnupiravir.

“The low overall rates of serious outcomes reinforces the ongoing importance of the COVID vaccination programme in reducing death and hospitalisation, with no extra benefit with molnupiravir.”

Study participants were within five days of symptoms onset and either aged over 50 years in good health or between 18-50 with underlying health conditions that made them clinically more vulnerable.

A total of 25,786 study participants were randomly assigned to receive either molnupiravir or the usual standard of NHS care.

50 (0.4%) participants experienced serious adverse events in the molnupiravir group and 45 (0.4%) in usual care.

Patients in a sub-group treated with molnupiravir showed reduced viral detection and viral load on Day 7.

Recruitment of people from ethnically and culturally diverse backgrounds into clinical trials has been important in ensuring audiences likely to benefit from treatment are represented.

According to professor Mahendra G Patel OBE, PANORAMIC’s Pharmacy, and Diversity, and Inclusivity Lead, “We are determined to ensure that we are as inclusive as possible in our recruitment. To this effect, we have been working closely with national and local communities and religious organisations, alongside national and regional pharmacy networks to help make the PANORAMIC trial more visible and easily accessible to as many people as possible, including from ethnically diverse communities.

“I’m delighted to see how our recruitment strategy has been hugely successful across all ethnicities and areas of high deprivation. This is an incredible testament to all those involved for their efforts in supporting the fastest and largest recruiting randomised interventional clinical trial in the world.”

Paul Little, professor of Primary Care Research at the University of Southampton and co-Chief Investigator of PANORAMIC, said, “PANORAMIC is one of the most remarkable studies to have come from primary care, not only in highly innovative recruitment methods during an ongoing pandemic, but in providing timely, clear evidence for patients, their doctors and policy makers for a new antiviral drug – demonstrating that molnupiravir is effective in reducing viral load and helping symptoms, but with no benefit in reducing hospital admissions in a largely vaccinated population.”

Professor Kerry Hood, director of the Centre for Trials Research at Cardiff University and PANORAMIC co-lead, said, “The PANORAMIC trial has been a showcase for what we can achieve when people work together to create the evidence for treatment for everyone, no matter who you are or where you live. We have provided answers about molnupiravir in record time and have shown what can be delivered rapidly in primary care-based trials across all four nations of the UK.”

Prof Nick Lemoine, Medical Director of the NIHR Clinical Research Network, said, “PANORAMIC is an important NIHR-funded trial that enabled the rapid production of evidence and information about how well this new antiviral works.

“The commendable pace and scale at which this study recruited in at-risk groups shows how we can adapt to make future trials more accessible to a more diverse group of people. It is also testament to the GPs and researchers involved in this trial that we were able to recruit so fast in such record numbers.”

Professor Sir Jonathan Van-Tam, pro-vice-chancellor for the Faculty of Medicine and Health Sciences at the University of Nottingham and study co-author, said, “While molnupiravir was originally found to work well to reduce hospitalisation in patients with Covid, these were unvaccinated patients.

“This latest research has repeated the exercise in the highly vaccinated population, demonstrating that the vaccine protection is so strong that there is no obvious benefit from the drug in terms of further reducing hospitalisation and deaths.

“However, symptom duration and virus shedding are both markedly reduced, and we have to wait much longer to know if there will be any discernible effects on long Cpvid.

“This study is an excellent example of why large-scale, rigorous, prospective trials like this are so essential in assessing the effectiveness of drugs to ensure that they are only used in patients where there will be a tangible benefit to their care.”

PANORAMIC is led by the University of Oxford and funded by UK Research and Innovation (UKRI) and National Institute for Health and Care Research (NIHR).

The study will now continue to investigate new antiviral medications such as Paxlovid. For more information or to enrol, please visit www.panoramictrial.org.