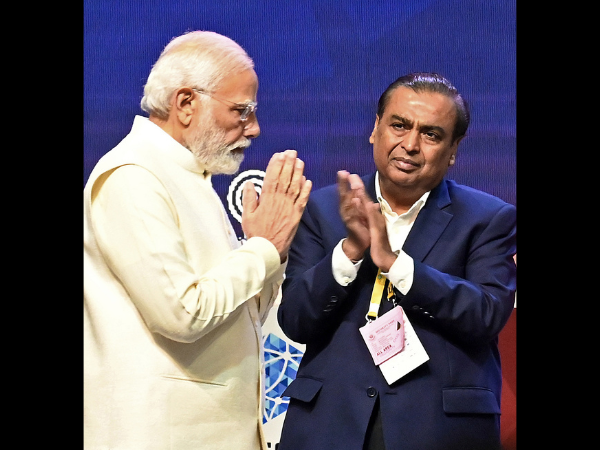 On the day India saw the launch of the 5G telecom services, the words uttered by Mukesh Ambani, whose Reliance has been a leading player in the country’s telecom sector, cannot be overlooked.

Ambani, the chairman of the Reliance Industries Limited and one of the world’s top richest, spared a thought for India’s state-run BSNL (Bharat Sanchar Nigam Limited) saying a strong BSNL will help bring a “balancing presence” of a government entity in a very strategic sector, the Economic Times reported. The veteran industrialist also said that the industry will see that the country has the best quality and the most affordable rates in the world.

He congratulated Indian telecommunications minister Ashwini Vaishnaw and the government for trying to make BSNL stronger.

“I would like to congratulateAshwini Vaishnaw and the Government of India for their efforts to strengthen BSNL. A strong BSNL will bring the balancing presence of a government entity in this very strategic sector,” Ambani said while addressing the India Mobile Congress at the Pragati Maidan in New Delhi on Saturday (1).

Ambani said Jio, which is led by his son Akash Ambani, will launch 5G telephony services across the country by December next year.

“5G is much more than the next generation of connectivity technology. To my mind, its foundational technology that unlocks the full potential of other 21st century technologies like Artificial Intelligence, internet of things, robotics, blockchain and metaverse,” he added.

Vaishnaw also congratulated the country on the launch of 5G services and said the South Asian nation will soon lead the 5G technology space.