Has Nupur Sharma, who made comments on Prophet, gone missing? 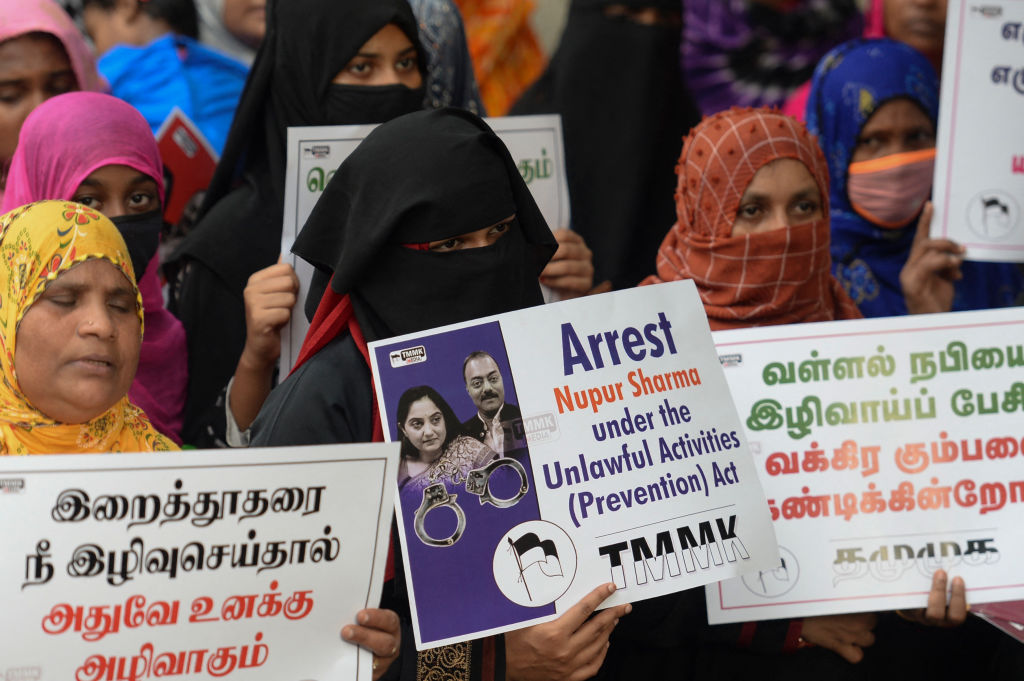 Activists of the the Muslim non-governmental organisation Tamilnadu Muslim Munnetra Kazhagam (TMMK) hold placards during a protest against India’s Bharatiya Janata Party former spokeswoman Nupur Sharma over her remarks on the Prophet Mohammed, in Chennai on June 10, 2022. (Photo by Arun SANKAR / AFP) (Photo by ARUN SANKAR/AFP via Getty Images)

NUPUR Sharma, a former spokesperson of India’s ruling Bharatiya Janata Party (BJP) whose controversial remarks on Prophet Muhammad led to a massive row both in the country and abroad, is reportedly untraceable. India Today reported.

According to sources in the home department of the western state of Maharashtra, Sharma’s whereabouts were not known and the Mumbai Police were looking for her in Delhi for the last four days.

An FIR (first information report) was registered against Sharma at Mumbai Police’s Pydhonie police station and sources in the state’s home department said there was enough evidence to place the former BJP leader under arrest.

The BJP suspended Sharma and expelled Naveen Kumar Jindal, who led the party’s media unit in Delhi over their controversial remarks after the Muslim world strongly reacted to them.

In Maharashtra, cases were also registered against Sharma with the Thane Police Commissionerate for her remarks that were made in a television debate last month.