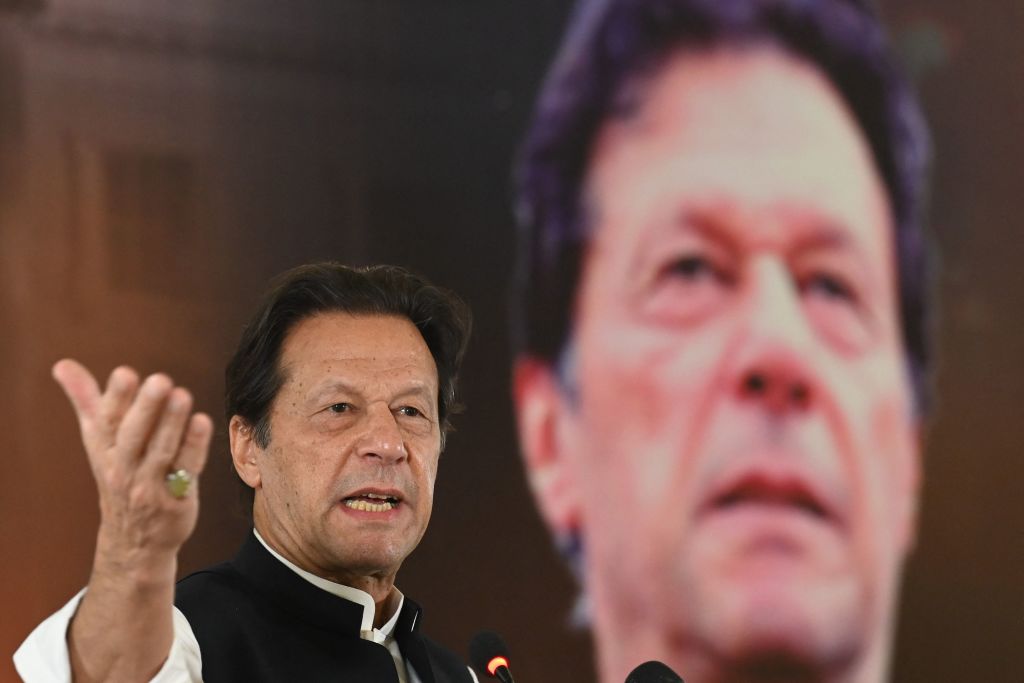 Pakistan Tehreek-e-Insaf (PTI) party on Monday (7) twice changed the date for resuming its long march, which was suspended after the failed assassination attempt on the party chief Imran Khan last week, amidst delay and confusion over the registration of a formal case over the incident.

Vice chairman Shah Mahmood Qureshi in Lahore announced that the long march will resume on Thursday (10) from the same location where the attack on Khan took place.

Another senior leader Faisal Javed Khan also said that the long march will resume on November 10 from Wazirabad.

This is the third time that the party has changed the date for resuming its long march in the last 24 hours and twice on Monday.

Earlier, 70-year-old Khan announced that the protest would restart on Tuesday (8). But Fawad Chaudhry, former information minister and senior vice president of the party, later said that the long march will resume on Wednesday (9) instead of Tuesday.

Finally, it was announced that the march will resume on Thursday.

The march was launched on October 28 from Lahore with the aim to culminate in Islamabad on November 11 but it was stalled on November 3 at Wazirabad after gunmen fired at Khan’s container-mounted on a truck, killing one person and injuring at least 11 others, including the PTI chairman.

In a series of tweets, PTI leader Asad Umar shared details about various protest convoys and their travel plans from different regions. He announced to lead the marchers in the Faisalabad region on Friday.

Another PTI leader Ali Amin Gandapur would lead the protesters from the southern districts of Khyber Pakhtunkhwa (KP), while KP Chief Minister Mahmood Khan and Murad Saeed will lead from the Malakand region.

Ali Zaidi, former PTI minister for ports and shipping, is already leading protestors from Karachi. Commenting on the new march plan, interior minister Rana Sanaullah said that the federal government was prepared to receive the marchers anytime in Islamabad. “PTI has already wasted a lot of time. It is too late for a long march now. But whenever they will come, we are prepared for it,” he told reporters in Islamabad.

Meanwhile, the PTI supporters once again resorted to protests by closing main roads of the major cities on Monday.

The major disturbance was witnessed in Rawalpindi where the main Murree Road and Peshawar Roads were blocked. Commuters faced problems, especially those travelling to pick their children from schools as the start of the protests coincided with the closing of educational institutions.

Separately, the Pakistan Supreme Court on Monday directed the registration of an FIR of the attack on Khan within 24 hours. Khan was injured in a gun attack on Thursday last but the case has not been registered as yet.

The issue of FIR came up during the hearing of a contempt plea filed by the interior ministry against Khan for allegedly flouting a May 25 order of the apex court that defined the limits for the party’s ‘Azadi March’ in Islamabad at the time. Chief Justice Umar Ata Bandial ordered the police chief of Punjab to register the FIR in 24 hours and warned of taking suo motu action if his orders were not implemented.

The issue of FIR was delayed due to differences between Khan and the provincial government as the former wanted to nominate prime minister Shehbaz Sharif, interior minister Sanaullah and Maj Gen Faisal Naseer in his complaint. However, the Punjab government and the provincial police are reluctant to include the name of the serving army general in the FIR. The delay in the FIR registration has stalled proper investigation into the crime.

Separately, the Ministry of Interior asked the Punjab government to immediately register the FIR of the firing incident, saying the report must be “based on merits and not on conjectures or speculative allegations”.

In a letter addressed to the provincial chief secretary and Punjab inspector general dated November 5, the ministry termed the delay in the registration of the FIR a “lacklustre response of the Punjab government to the unfortunate incident”.

“The delay is grossly illegal and has caused irreparable damage to prosecute the real accused,” the letter stated, adding that the case was “mishandled” by the Punjab government, creating a law and order situation in the province.

Sanaullah said that Khan has accused three people of creating anarchy in the country, adding that using the judiciary or the army for politics was “devastating for the country”. He demanded a fair medical checkup of Khan to determine if the latter received four bullets in his leg. “If it is proven that he did get shot four times, I will leave politics forever,” he told reporters outside the parliament. He also said the government was ready to become a part of the investigations into the attack.

Khan, who is currently recovering from his injuries, was still holding consultations with his party leaders about the registration of the FIR at his residence in Zaman Park area of Lahore. He was discharged from the hospital on Sunday after undergoing successful surgery.