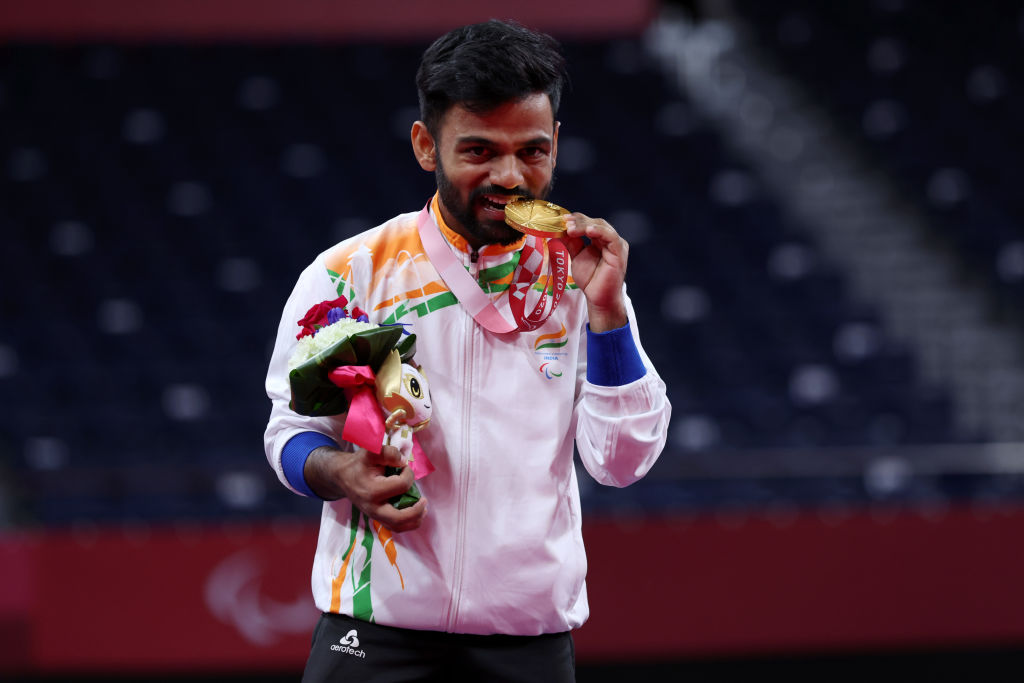 INDIA’S impressive show at the ongoing Tokyo Paralympics continued on Sunday (5) when Krishna Nagar won the country’s fifth gold medal with a hard-fought win over Hong Kong’s Chu Man Kai in the final of the men’s singles (SH6) event. He won 21-17, 16-21, 21-17.

This was India’s second gold medal in badminton at the mega event after Pramod Bhagat won the men’s singles title in the SL3 event on Saturday (4).

Nagar started the final as the top favourite after defeating Great Britain’s Krysten Coombs in the semi-finals. However, the Hong Kong opponent ensured that the Indian did not have a cakewalk as it was in the semis but the Indian came back strongly into the game after making too many unforced errors to take the first game 21-17.
Kai then dominated Nagar in the second game to win it 21-16 and it came down to the decider to determine the winner.

Nagar came out all guns blazing in the final game and took a 5-1 lead. His opponent made a temporary comeback before Nagar took a 11-7 lead. At 13-8, it seemed the Indian would wrap up things in no time but Kai showed some character to make it 13-13. The game was once positioned at 17-16 in favour of Nagar and the Indian then ensured that his opponent did not make a comeback into the game and won the game 21-17.

India now have six silver and eight bronze medals besides five gold to have a total tally of 19 and are placed 24th in the medal rankings. India had won only 12 medals at Paralympics before the start of the Tokyo edition which concluded on Sunday.