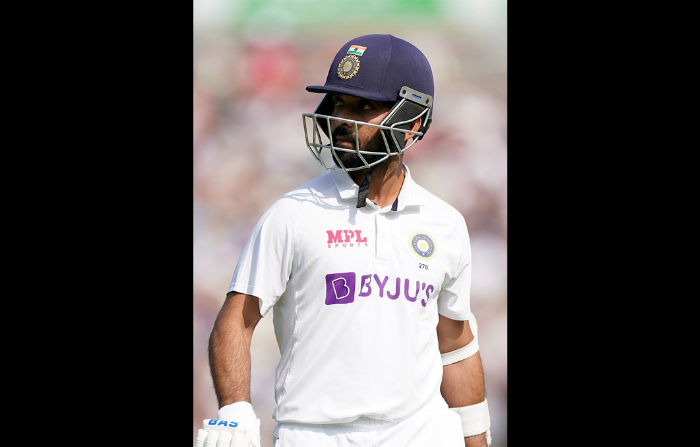 INDIA head coach Rahul Dravid has said that Ajinkya Rahane’s lean patch with the bat is not a cause of concern and he can turn things around in a single knock.

Rahane, who led India in the first Test against New Zealand in Kanpur in the absence of regular captain Virat Kohli, scored 35 and four in the two outings in the drawn game. He has made only two fifties in 12 Tests in 2021.

ALSO READ: Will Rahane or Pujara face the axe when Kohli returns in Mumbai?

“You don’t get worried. Of course you would like more runs from Ajinkya. I am sure he would like a few more runs. He is a quality player,” Dravid, who is overseeing Team India for the first team in a full-fledged series after succeeding Ravi Shastri, told a news conference on Tuesday (30).

“He has done well for India in the past. He is one of those guys who has that quality. He has the experience. Hopefully it’s just a matter of an innings, a matter of a game, where he can turn it around,” Dravid, a former India captain and one of the best middle-order batters the country has produced, said.

The coach also praised Test debutant Shreyas Iyer who slammed a hundred and a half-century in the two innings in Kanpur but stopped short of declaring him an automatic pick for the second Test starting in Mumbai on Friday (3).

“We haven’t decided what will be our playing 11 and it’s too early … Our focus was on this game and when we go to Mumbai, we will assess the conditions and check people’s fitness,” he said.

Speculation is rife over either Rahane or Cheteshwar Pujara, another middle-order batter who has lost his touch of late, getting the axe to make way for Kohli.

New Zealand managed to draw the first Test after their last pair held the fort for nearly 10 overs to leave the Indian bowlers frustrated on a fifth-day pitch.