Sailesh Mehta: Judiciary will improve when ‘it reflects the diverse society it serves’ 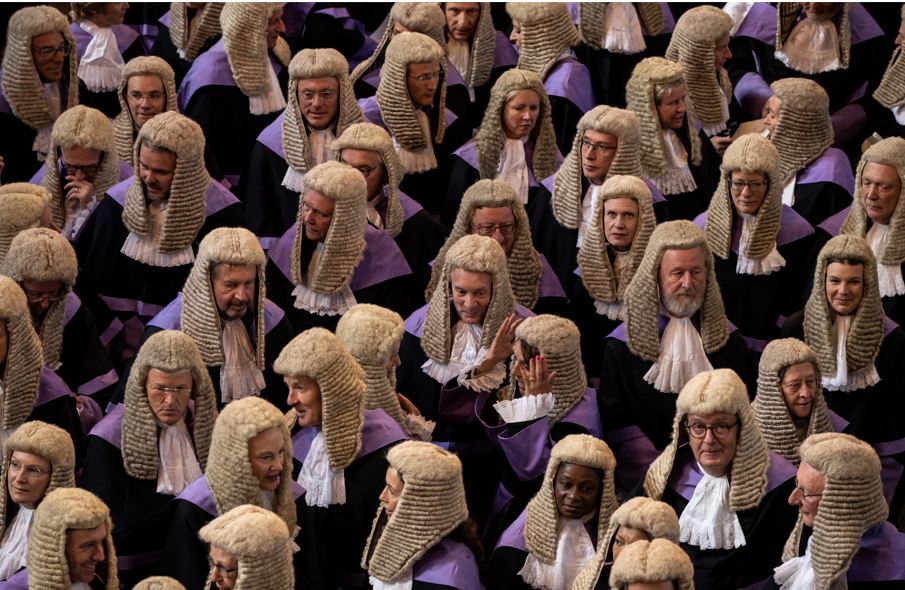 THE Law Society of England and Wales, which represents 140,000 solicitors in the country, recently stated that there is virtually no chance of achieving a judiciary that mirrors diverse Britain, because the very recruitment process that claims to deliver that goal has failed.

The first black president of the Law Society expressed her frustration at a judicial appointments system that appears to have achieved little in ensuring diversity among judges.

In the senior courts, where the most important and law-defining decisions are made, only 29 per cent of judges are women and only four per cent are black, Asian or from ethnic minorities.

In the highest court in the UK, the Supreme Court, there has never been a black or Asian judge. It is likely to remain that way for some time to come, even though the recently appointed president of the Supreme Court, Lord Reed, said in his first interview that the lack of diversity in the court was a situation which would be “shameful if it persists”.

A report 13 years ago by the Judicial Appointments Commission, chaired by Lady Prashar, recognised that the statistics relating to the number of women and ethnic minority judges were worrying.

Twelve years ago, the Neuberger Report, commissioned by the government, made 50 recommendations and spanned 112 pages. It concluded that the lack of diversity among judges was affecting the experience of people who use the courts and was limiting judicial perspectives on critical legal issues.

It was launched with a fanfare of promises to achieve a measure of equality among judges.

The report confirmed, and the politicians accepted, that many barriers to greater judicial diversity were systemic – the talent was there, but the system prevented it from being appointed.

The legal profession, crusty and conservative, is slower to change than most. It has been buffeted by allegations of racism and sexism in the past three decades. Numerous BAME judges have expressed frustration at a lack of progress, a climate of bullying and the slow pace of change.

BAME lawyers and judges continue to face everyday racism in and out of court. Some have taken their complaints to employment tribunals. Others have simply resigned from the job.

Eastern Eye’s campaigning journalism has exposed the depth of the problem. Of those occupying senior judicial positions, the majority are privately educated and have been to Oxford or Cambridge university.

Elite barristers’ chambers or “Magic Circle” law firms draw them in, before the conveyor belt propels them onto the bench. This has been at the root of a self-perpetuating ruling class.

The Eton/Rugby/Oxbridge factory churns out identical judges, politicians and business leaders generation after generation, who then appoint others in their own image. It takes time and effort to change such a well-oiled machine.

The problem with the judge-producing machine is that it creates judges with very similar backgrounds and very similar views. In the most important court cases, judges are not just interpreting the law, they are creating new law.

They are required to bring their judgment to a knotty mix of legal, ethical and political problems.

The most important cases would have been decided differently 100 years ago because society thinks and lives differently now, and judicial thinking reflects the change.

This is because judges bring their world view to the problem – a view which is formed by their upbringing, education, and the people they grow up with.

But if they all have white, middle-class parents, have been to the same five public schools, the same two universities, the same 10 barristers’ chambers, then their judgments are likely to be skewed compared to the rest of society.

There is then a danger that their judgments are out of touch with, or even worse, antagonistic to the society they serve. So where does one go from here?

The starting point is to look at the composition of the Judicial Appointments Commission (JAC). While it has some done some good in the past 10 years, it has not delivered sufficiently on the promise of a diverse judiciary.

A new chair and new members not chosen from the usual “good and great” stable would be a start.

The JAC needs fresh ideas and fresh blood. It needs to acknowledge its failings. The system of “secret soundings” has been discredited and must be abolished from every appointment process.

The mounting cases of complaints of unequal treatment by BAME judges needs to be dealt with quickly and sympathetically before the discontent mushrooms and infects the whole system.

There is a wealth of talented lawyers who could be appointed if the appointments process was improved and unfair hurdles removed. Within the judiciary, there is a small but growing group of extremely talented and qualified individuals.

They should move up the ranks sooner rather than later – the more visible their progress, the more this will drive others to apply.

It is in our interest that the very best in their profession should be appointed to become judges.

The bar should remain high. There is a wealth of talent among black and Asian communities which is being overlooked. Our judiciary will improve when it better reflects the society it serves.